The Boston Red Sox had a strong 2021 season — and not just at the big-league level. Across its five minor-league clubs — from the Rookie level Florida Complex League to Triple-A Worcester — the Red Sox farm system posted a 316-223 record. Its .586 winning percentage ranked third behind the Tampa Bay Rays and the New York Yankees.

MiLB.com recognizes the top prospects in each farm system annually with an organizational All-Star team. The Red Sox team was published Monday, with one player at every field position and three pitchers (one righthander, one lefthander and one reliever) honored. According to the site, the players are selected “regardless of age or prospect status” and focuses solely on those “who had the best seasons in their organization.”

There certainly were some notable omissions, like Marcelo Mayer, the team’s No. 4 overall draft pick in 2021. Triston Casas, their 2018 first-rounder, also didn’t make the cut — though he currently is crushing it in the Arizona Fall League. But 2020 pick Nick Yorke represented the club’s recent selections, naturally making the All-Star team after he was named the organization’s Offensive Player of the Year.

It’s also no surprise that Jarren Duran, who made his debut in a big spot over the summer, made the list. And as much as Red Sox fans probably would like to feign shock at the inclusion of Franchy Cordero — who remained with the club after clearing waivers — he mashed his way through the minors after a disappointing tenure with the Boston club.

Here’s what MiLB.com came up with at each position, as well as a snippet of MiLB’s rationale for their honor:

Catcher: Ronaldo Hernández
(92 games in Double-A, seven games in Triple-A in 2021)
The 23-year-old overcame a slow start in his first taste of Double-A to finish with a .284/.326/.501 slash line, a career-high 46 extra-base hits and 58 RBIs in 99 games. Defensively, Hernández has a strong and accurate arm that’s enabled him to nab 42 percent of base stealers in his pro career, although his receiving skills remain a work in progress.

First Base: Joe Davis
(48 games in Low-A Salem, 47 games in High-A Greenville)
A 19th-round pick in 2019, Davis finished second among Red Sox farmhands with 19 homers and 78 RBIs. But the University of Houston product displayed far more than just a powerful bat, Davis flirted with a .300 average before a September swoon brought his final number down to .297.

Second Base: Nick Yorke
(76 games in Low-A Salem, 21 games in High-A Greenville)
Yorke finished the year batting .325/.412/.516 with 39 extra-base hits, 76 runs and 13 stolen bases in 97 games. A shortstop during his prep days, a shoulder injury moved the California native to second base, where he’ll likely stay.

Third Base: Brandon Howlett
(96 games in High-A Greenville)
The power expected out of Boston’s 28th-ranked prospect broke through in 2021, when Howlett slugged 17 home runs in 360 at-bats, three more than he totaled in 2018-19 combined.

Shortstop: Ryan Fitzgerald
(95 games in Double-A Portland, 13 games in Triple-A Worcester)
In his first two seasons, Fitzgerald went deep 11 times in 821 at-bats, but he cleared the fences 16 times in less than half that amount (321) this past year. The Creighton product added 32 doubles, four triples and 58 RBIs to his ledger, which included a .270/.351/.505 slash line.

LHP: Shane Drohan
(23 starts in Low-A Salem)
The 22-year-old limited opposing batters to a .245 average. While his control was inconsistent, he struck out 86 in 88 2/3 innings and surrendered just three home runs — none over his final 11 starts. Drohan finished the year with a 3.96 ERA and surrendered two or fewer runs 15 times.

Reliever: Casey Cobb
(24 games in Low-A Salem, six games in High-A Greenville)
The 25-year-old allowed three earned runs over his first 26 innings and ended the season unbeaten in four decisions with a 1.95 ERA, a 0.92 WHIP and 82 strikeouts in 73 2/3 frames.

It seems the future is bright in Boston. 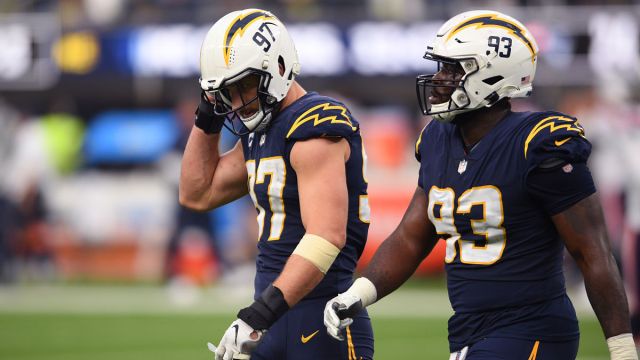 Did Joey Bosa Just Take Shot At Chargers After Loss Against Patriots? 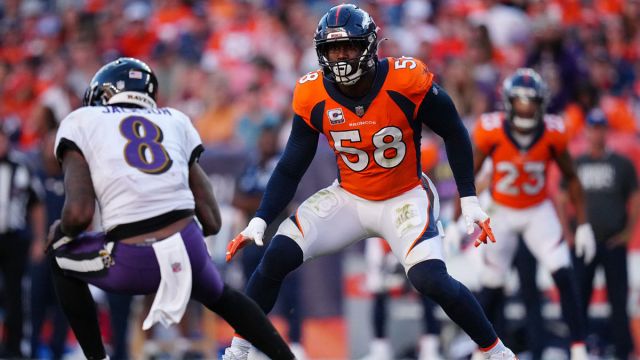