FOXBORO, Mass. — Mac Jones was among the many New England players who mobbed Jakobi Meyers in the end zone Sunday afternoon while celebrating the Patriots receiver’s first NFL touchdown reception. And Jones knew the moment would come, correctly predicting it before he and his team kicked off against the Cleveland Browns.

However, the angle the rookie quarterback took to the end zone — from the sideline, specifically — did surprise him.

“I told (Meyers) today, I was like, ‘You’re going to score’ before the game — I didn’t know it was going to come from Hoyer,” a laughing Jones said after leading to New England to a 45-7 dismantling of Cleveland at Gillette Stadium. “It was great. I was super excited. We were out together and the ball — I was so concerned about the ball. I was like, ‘We’ve got to find the ball.’ I guess they found it. That was good.

“But I think Jakobi is a great teammate, and he’s a great team player. (The touchdown was) much deserved, and he’s going to get more. From here, hopefully, we just keep stacking them up and there will be a bunch. He’s a great teammate, like I said, gets to the red zone, does his job, sometimes when he’s not even getting the ball, he’s in there knocking people down and just being really physical. We are really happy to be able to play together and hopefully we’ll play together for a long time.”

The touchdown for Meyers, who recently set the NFL record for most career receiving yards without a TD catch, was a popular topic during postgame news conferences.

“I think it was just the highlight of the game,” wideout Kendrick Bourne said. “How it was all going and, then, to end that way with him getting his first, congrats to my guy. He’s been working so hard. He works hard every day and he deserves it. I told him he might go on a touchdown streak now.

“It was just dope for him breaking the tackle too and then making the play, but again, shoutout to the whole team executing on the play to make the play happen. It takes everybody.”

For Meyers, it was all about feeling the love from his teammates.

“Just the fact that everybody celebrated with me and it finally happened, that’s a moment that I’ll probably hold onto forever,” he said.

Meyers, now in his third NFL season, finished Sunday’s game with four catches for 49 yards. He remains the most sure-handed receiver in New England’s passing game.

The Patriots improved to 6-4 with their win over the Browns. They’ll look to win their fifth game in a row when they visit the Atlanta Falcons on Thursday night. 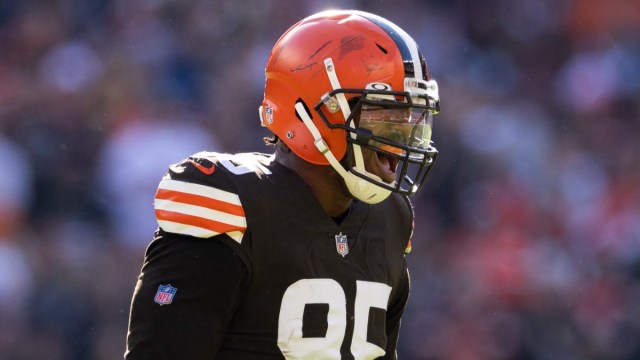 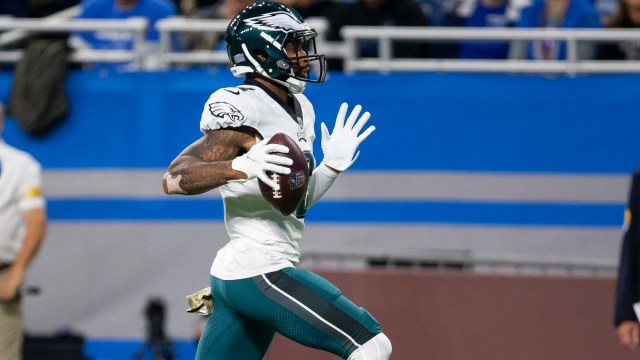