How Marcus Smart's Aggression Led Way For Celtics Vs. Lakers Skip to content

BOSTON — The Lakers led the Celtics by as many as 14 points in the first quarter, until Marcus Smart made a very valuable observation about the Los Angeles defense.

If you attack the paint, you’ll probably score. You don’t have to wait for jumpers and 3-pointers to start falling.

“My mantra was I didn’t want us to go into our old habit of just settling and try and get it back in one possession,” Smart said after the game.

He ended up with his best game of the year yet with a season-high 22 points to go with eight rebounds, six assists and a steal.

Best of all, it caught on. First with Josh Richardson, who helped Smart keep the Celtics in the game and close the gap. Jayson Tatum and Dennis Schröder got in on the fun, too, and the backcourt absolutely dominated once they all started driving to the hoop to close out the game, 130-108.

“It showed in the numbers, 38 free throws for us is obviously being very aggressive,” Ime Udoka said after the game. “But he put his head down, especially when Davis and some of the guys went out, he really attacked their bigs.”

And once the Celtics started getting aggressive on offense, that physicality translated to the other side of the court, and Boston’s defense improved too.

You can’t understate the value of Smart, but it was quite apparent after he led that 39-point swing.

“He was extra aggressive, we needed at the time and when you look at what he did with our best production, I mean guys at plus-27, plus-19 and plus-21,” Udoka said. “So he really came in and shaved some points off that lead. It got us back in the game and we a great defensive second quarter.” 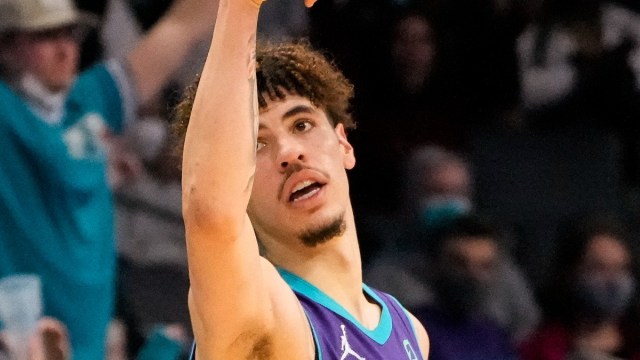 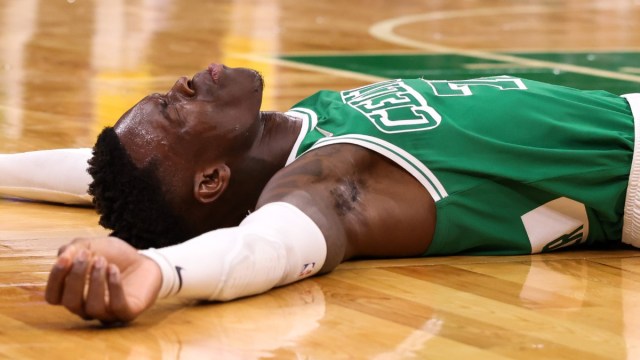 Dennis Schröder Goes Off During Celtics-Lakers In Big Revenge Game