Adrian Phillips and Devin McCourty will be sitting in a New England Patriots meeting room, watching game film, when — bam! — No. 23 shoots across the screen and bodies an offensive lineman who outweighs him by 100 pounds.

Welcome to the Kyle Dugger experience.

Now midway through his second season with the Patriots, the 6-foot-2, 220-pound Dugger continues to wow seasoned NFL veterans with his prodigious power — and understated reactions.

“What’s crazy with Dugg is it’s so nonchalant,” Phillips said one day after the Patriots routed the Cleveland Browns 45-7 on Sunday. “You’ll be watching film, and a freaking tackle or a guard will come up to him, and he won’t see him, and then he’ll see him at the last minute and just shock him and knock their head back. (We’re) like, ‘Bro, did you see him coming? Did you load up for that?’ And he’s like, ‘No, I just saw him at the last minute and just gave him a little shoulder.’ He’s just super explosive, and that’s what helps him go out there and make those plays.”

“Dugg’s like a Swiss Army knife,” McCourty added. “I mean, we laugh at the fact that Dugg goes down there and in the box, in the bubble, and takes two steps and hits a lineman and stalemates him. Me and AP will look at him like, ‘Bro, you didn’t even look like you saw the lineman coming.’ And he’s like, ‘I don’t know. Just hitting.’ It’s so quiet; doesn’t think anything of it. I ask him every week how he ended up as a D-II player, because he’s a physical freak.”

Even linebacker Dont’a Hightower, a player renowned for his ability to, in his words, “knock the (expletive) out of linemen,” is impressed.

“That’s King Dugg, man,” Hightower said. “They call him King Dugg for a reason. It’s kind of hard to put tabs on players like that. He’s just a freak athlete. He’s a smart dude. I think it’s wild. We talk all the time about using the flipper in the linebacker room, and then you see Dugg go out there (against) these 320-, 330-pound O-linemen. You look around the league, there’s a lot of linebackers that aren’t doing that.

Dugger, a 2020 second-round draft pick out of Division II Lenoir-Rhyne, always has been capable of laying the lumber. The tape from his second NFL appearance — at Seattle last September — is littered with bone-rattling hits. But other aspects of his game have taken longer to develop.

Man-to-man coverage, specifically, was a problem area last season for Dugger, who mostly played as a deep safety in college and rarely was asked to cover tight ends 1-on-1. Those issues have persisted this season. During a three-game stretch from Weeks 5 to 7, Dugger allowed 12 catches on 12 targets for 121 yards and a touchdown, according to Pro Football Focus.

His coverage has improved of late, however, coinciding with the Patriots’ shift to more zone-based schemes. Over the last three games, opposing quarterbacks are 4-for-7 for 31 yards when targeting Dugger in coverage, per PFF.

Dugger also has become more of a playmaker in New England’s secondary. All three of his career interceptions have come in the last five weeks, including a pivotal second-quarter pick against Cleveland that helped trigger an avalanche of Patriots points.

“He’s big, he’s swole, he’s fast, he can cover, he can hit. He can do everything you want your safety to do,” said Phillips, who compared Dugger to Los Angeles Chargers star Derwin James after he’d played just one NFL game. “And then he goes out there and makes, like, a miraculous one-handed catch or he goes out there and staps up the tight end, and you’re like, ‘Man, how did people miss out on this guy?’ But then you’ve got coaches like Bill who found him. So I’m happy he’s part of our team, because that dude right there, he’s a dog.”

McCourty sees Dugger’s confidence growing as he continues to accumulate experience. The 25-year-old has started eight of his team’s 10 games this season, with an 81.3% snap rate that ranks fourth among Patriots defenders behind McCourty, cornerback J.C. Jackson and outside linebacker Matthew Judon.

“To me, he’s getting more and more confident in what he does, playing fast, playing physical,” McCourty said. “He has gifts that not many people playing safety have, but I think it’s just him opening up and blossoming more. I continue to try to challenge him to talk more and be more vocal, and he’s doing those things. He’s turning into a veteran, even in Year 2, and it’s been a joy to watch him.”

Dugger also has made key contributors in the kicking game, drilling opposing return men with the same ferocity he uses to take on blockers. He ranks second on the team with four special teams tackles, including a loud stonewalling of Browns kick returner Anthony Schwartz on Sunday.

“I’m glad that wasn’t me that was on the other side of that,” special teams captain Matthew Slater said Monday. “That joker is explosive. Devin and I talk about it all the time, but I don’t understand how a guy like that ends up playing Division II football. And that’s no disrespect for Division II football, but that guy is a special, special kid athletically. To be all of 220 (pounds), to run the way he does and to be able to go out and hit — you could hear that hit on the field (Sunday). There’s a lot of hits when the ball’s kicked off, but that was one where you’re like, ‘Whoa, what just happened there?’ “

Added McCourty: “The interception was just one of the things he did well (Sunday). I thought his physicality, that play right before the half on the kickoff, hitting Schwartz, that was devastating.” 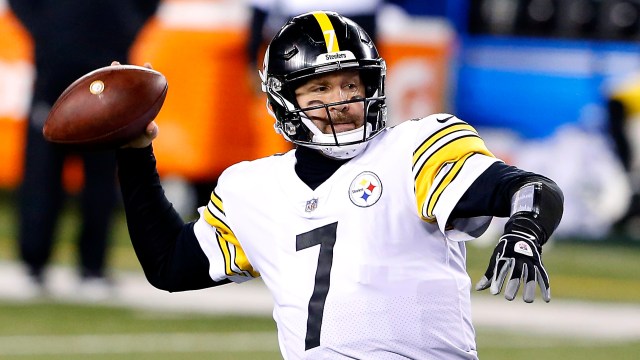 Steelers QB Ben Roethlisberger Will Start Vs. Chargers If Cleared By Saturday 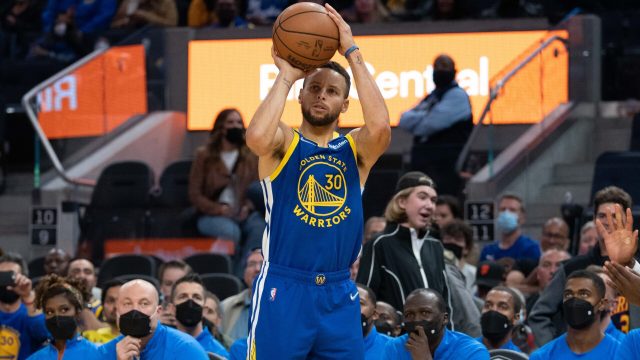