The New England Patriots have done a much better job protecting rookie quarterback Mac Jones of late. But one worrisome trend has emerged in recent weeks.

Both of the Patriots’ last two opponents succeeded in disrupting Jones with defensive back blitzes, sending free rushers from the secondary that New England’s blockers haven’t picked up.

The Atlanta Falcons got to Jones with blitzes by cornerback Darren Hall and safety Erik Harris. Tennessee Titans safety Kevin Byard also caused problems in his pass-rushing opportunities, sacking Jones on one and forcing a rushed incompletion on another.

Patriots offensive coordinator Josh McDaniels was asked Tuesday what his team can do to combat these defensive wrinkles, which future foes are likely to emulate. His response was straightforward.

“Block ’em,” McDaniels said, laughing. “Sometimes, it’s not very complicated. When there’s a man that’s running towards the quarterback and there’s not a Patriot guy on him, I’m not very happy with that.”

Sometimes, blame for pass-blocking breakdowns can be placed on the quarterback for not properly setting the protection. McDaniels, though, said this isn’t a Jones issue.

“Everyone kind of looks at it and says, ‘Well, Mac didn’t see this’ or ‘Mac didn’t do that.’ Most of the time, it has nothing to do with Mac,” the Patriots OC said. “He sets the protection, and we’ve got to follow our rules. If our rules don’t accommodate handling the blitz, then we need an adjustment. We had one or two of those come up the other day, and he handled them fine. Then there was a couple other ones where we just didn’t react quick enough in the protection part of it to handle our responsibility. That’s an ongoing evolution with different guys.”

McDaniels said Brandon Bolden has done “a really good job” in blitz pickup since taking over James White’s sub back role but that the communication between Bolden and the Patriots’ offensive line — which underwent weekly changes early in the season before settling on its preferred starting five in Week 10 — remains a work in progress.

“There’s a lot of communication pre-snap, but then all of a sudden, the pieces start to change once the ball is snapped, and then there’s more communication that needs to take place and happen in order to handle some of the exotic pressures that you get,” McDaniels said. “We either win or we learn. On some of those plays, we didn’t win, and we certainly have a lot to learn from them. Hopefully, we’ll do that this week.” 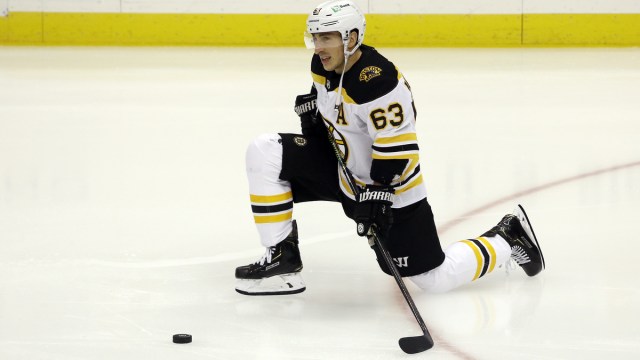 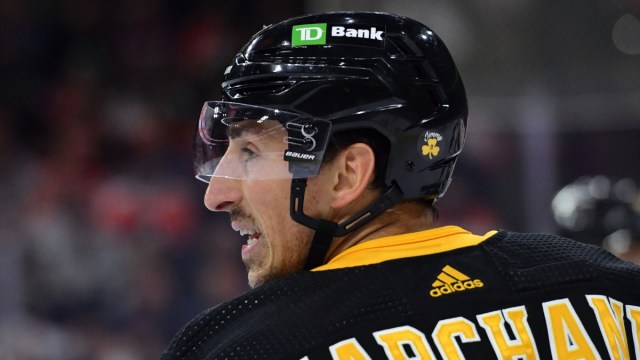