Kyle Van Noy isn’t afraid to give it right back.

Van Noy enjoyed his best game of the season Thursday night, registering two sacks and eight tackles — both team-highs — in the Patriots’ 25-0 win over the Falcons. During a postgame NFL Network interview, the veteran New England linebacker was heckled by an Atlanta fan who hung around after the final whistle at Mercedes-Benz Stadium.

It’s not clear what the fan said, but Van Noy told them to “calm down” before referencing the Patriots’ famous 28-3 comeback win over the Falcons in Super Bowl LI, which Van Noy played in.

Yeah, there really isn’t anything that Falcons fans can say after someone drops “28-3.” It’s a conversation ender.

As for the 7-4 Patriots, winners of five in a row, they’ll look to keep the ball rolling when they host the Tennessee Titans on Nov. 28.

Patriots Takeaways: Seven Things We Learned From Win Over Falcons 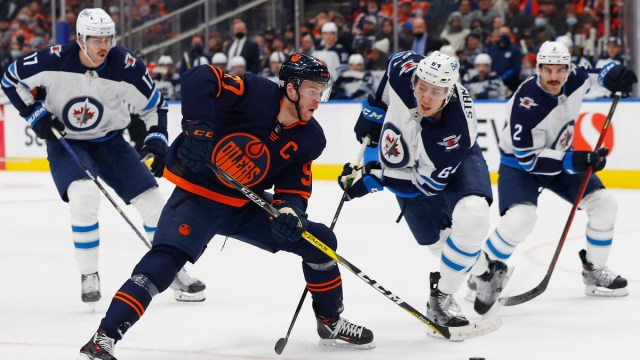