FOXBORO, Mass. — Patriots fans thought Matthew Judon got a raw deal when he was flagged for roughing the passer Sunday afternoon at Gillette Stadium. But New England’s star linebacker had a different take.

Judon was flagged for roughing Titans quarterback Ryan Tannehill during the second quarter of New England’s eventual 36-13 victory over Tennessee. The call was similar to others that have sparked outrage across the NFL due to perceived softness. (You can click here to watch the play.)

Judon, who on Sunday upped his career-high sack total to 11 1/2, was asked about the penalty during his postgame news conference. Here are his full remarks:

Reporter: “Did you get an explanation on that roughing the passer call?”

Judon: “(The official) said I just landed on (Tannehill). They protect our quarterbacks. They’re the face of the league and stuff. It kinda is what it is.”

Reporter: “Do you feel like there’s anything you can do different there?”

Judon: “I’ll probably roll next time — wrap and roll. And just don’t land on him. It’s a bang-bang call on the field. Usually, even if they see it on the jumbotron, it’s a tough flag to pick up because the game’s at a high speed. But good call by him, he’s protecting quarterbacks.”

Judon either was being very careful with his words or meant what he said — or a combination of the two. Regardless, there was no admonishing of the officials from the Patriots linebacker.

New England moved to 8-4 on the season with Sunday’s victory and now has won six straight games. The Patriots will look to make it seven in a row when they visit the Buffalo Bills next week on “Monday Night Football.” 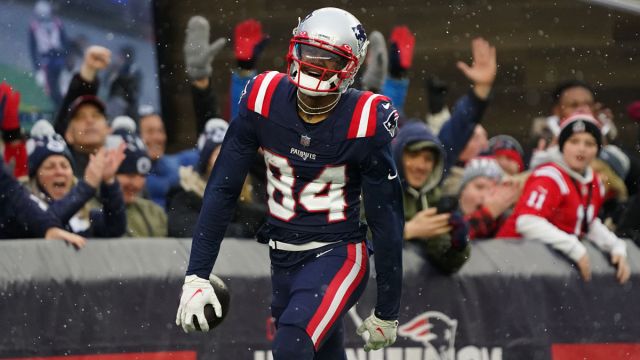