It’s been an eventful 24 hours for the Bruins, to say the least.

Jake DeBrusk requested a trade from Boston over the weekend but will play when the Bruins host the Detroit Red Wings on Tuesday night. He was healthy scratched for Sunday’s 3-2 win over the Vancouver Canucks, but due to injuries, Brad Marchand being suspended for three games and the Bruins being unable to call up anyone from Providence due to COVID-19, the forward will slot back into the lineup.

If you think things will be awkward in the Bruins’ locker room due to DeBrusk’s trade request, Patrice Bergeron will tell you that’s not the case.

“It’s not a first,” Bergeron told reporters after Tuesday’s morning skate. “And it’s going to happen moving forward. It’s just one of those things in sports, people ask for trades. For us, I think things don’t change. We’re going to make Jake and expect him to be accountable like the rest of the guys. Work hard, respect the rest of the guys. Nothing changes, the culture stays the same and it’s the same thing right now. That’s the approach that we have as a team is to be on the ice to play together, play with one another, play for the Boston Bruins, play for the crest. That’s what we’re expecting out of Jake for the time being.

” … It doesn’t matter if I’m surprised or not. It doesn’t change our approach. Jake is part of our team right now, part of the Boston Bruins. Again, I go back to how we approach it is 23 individuals to become one and to bring your work ethic, to bring your accountability and make sure you be a good pro. That’s what’s asked of everyone. He falls in that category as one of our teammates. We’re there for him and we expect him to be there for us. That’s the bottom line.”

DeBrusk will play on the left side of the fourth line with Erik Haula and Curtis Lazar when the Bruins host the Red Wings at TD Gaden. Puck drop is set for 7 p.m. ET. 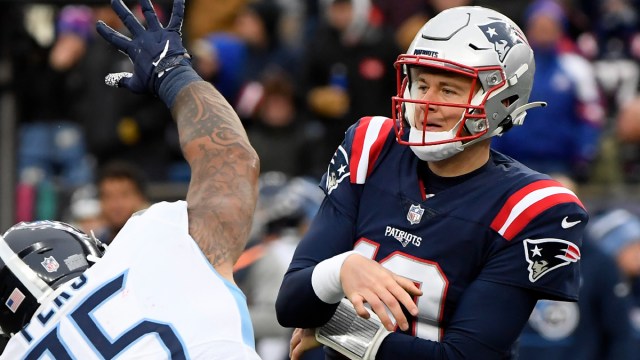