Patriots Ready For 'Battle' Vs. Bills With AFC East Supremacy On Line Skip to content

FOXBORO, Mass. — The two titans of the AFC East both took care of business in Week 12. Now, we’ll get to see them square off for the first time.

The 8-4 New England Patriots at the 7-4 Buffalo Bills. Monday night. Primetime. Rowdy atmosphere. Bills Mafia. First place in the division on the line.

Minutes after their 36-13 win over the Tennessee Titans on Sunday, Patriots players already had begun mentally preparing.

“Next week’s going to be a fight,” veteran safety Devin McCourty said. “It’s going to be a battle. Those guys are good on both sides of the ball and on special teams, complementary football. They do that well. We do that well. AFC East division opponents, it’s always tough. Home, away — doesn’t matter. Both teams are going to bring it.

“So, as Bill (Belichick) would say, if you like competition, Monday night is going to be where you want to be.”

The Bills snapped the Patriots’ streak of 11 consecutive division titles last season and came within a game of Super Bowl LV. Buffalo entered 2021 as a front-runner to represent the AFC in Super Bowl LVI, but Sean McDermott’s club has looked vulnerable of late, suffering an upset loss to the woeful Jacksonville Jaguars in Week 9 and then getting blown out at home by the Indianapolis Colts two weeks later.

Josh Allen and Co. rebounded to beat a shorthanded New Orleans Saints team 31-6 on Thanksgiving night, but the Patriots — winners of six straight — currently occupy the top spot in the AFC East standings.

The Patriots and Bills will play each other twice in the next four weeks — matchups that likely will determine the division title. Buffalo swept its longtime rivals last season after going 3-34 against New England during the Tom Brady era.

“I just feel like we’ve all got to come out there and do our job,” wide receiver Jakobi Meyers said after Sunday’s win over the Titans. “I feel like it’s definitely a place that you want to be if you love football — Bill would probably say it. But I know I’m excited for the game, and I’ve just got to do my best to prepare for this week.” 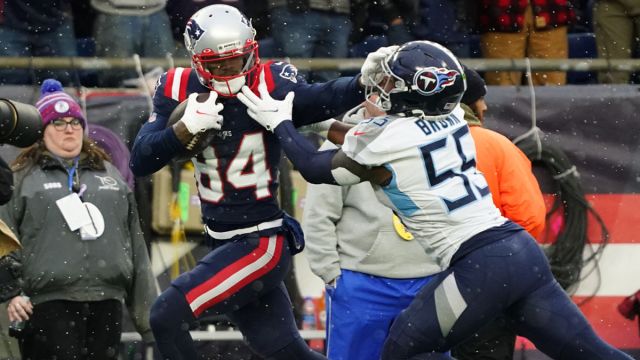 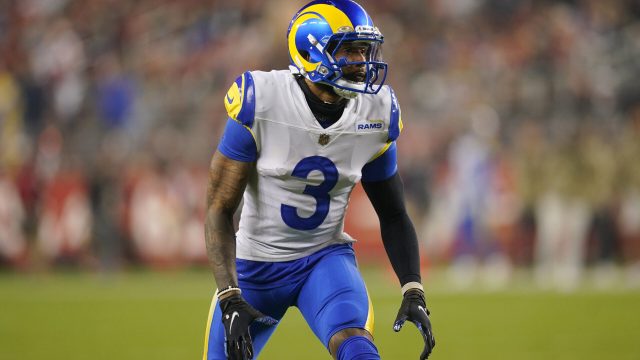