The New England Patriots will be without wide receiver N’Keal Harry when they visit the Carolina Panthers on Sunday.

Harry officially is inactive for the Week 9 contest after suffering a knee injury late in the week. He was added to the injury report Friday and had been listed as questionable.

The 23-year-old wideout began the season on injured reserve with a shoulder ailment but finally had been building momentum in recent weeks. After hauling in a highlight-reel catch in garbage time in Week 7, Harry had two 15-yard receptions in last week’s victory over the Los Angeles Chargers, including one on what proved to be New England’s game-winning drive. He’s been averaging a snap count in the mid-20s as the Patriots’ fourth receiver.

Injuries have been an issue for Harry throughout his career, however. This will be the 15th game he’s missed since he joined the Patriots as a 2019 first-round draft pick. He also has just five total catches on seven targets in five games this season.

An earlier roster move hinted at Harry’s status, as the Patriots elevated wide receiver Kristian Wilkerson from the practice squad Saturday. This will be just the second career appearance for Wilkerson, who played two offensive snaps in a win over the New York Jets last November.

Wilkerson, a 2020 undrafted free agent out of Southeast Missouri State, was an early training camp standout this summer, making a strong case for a roster spot before a rash of drops derailed his bid. He still finished as the Patriots’ leading receiver in the preseason, catching 13 passes on 17 targets for 147 yards in three games.

Here is the Patriots’ full inactive list for Sunday:

— Rookie running back Rhamondre Stevenson gets the nod over J.J. Taylor for the second consecutive week. Stevenson had eight carries for 26 yards and one catch for 5 yards against the Chargers.

The two young backs have cycled in and out of the lineup this season. This is Taylor’s fifth healthy scratch in nine games. Stevenson was a healthy inactive for the other four weeks.

— Top cornerback J.C. Jackson is active. He missed practice Wednesday and Thursday with an illness but returned Friday and was removed from the injury report.

— Outside linebacker Ronnie Perkins, tight end Devin Asiasi and cornerback Shaun Wade also are healthy scratches. All three have yet to dress for a game this season.

Wade, who missed three weeks of practice with a concussion, remains out despite being off the injury report.

— Quarterback Sam Darnold and star running back Christian McCaffrey both are active for Carolina.

Darnold suffered head and right shoulder injuries last Sunday that limited him in practice. McCaffrey likely will not see a full workload as he returns to the lineup for the first time since Week 3. He was activated off injured reserve this week. 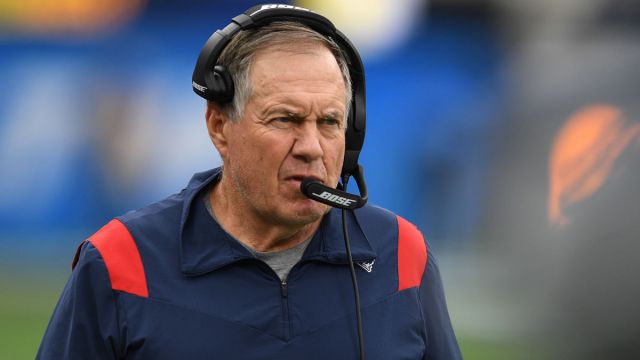 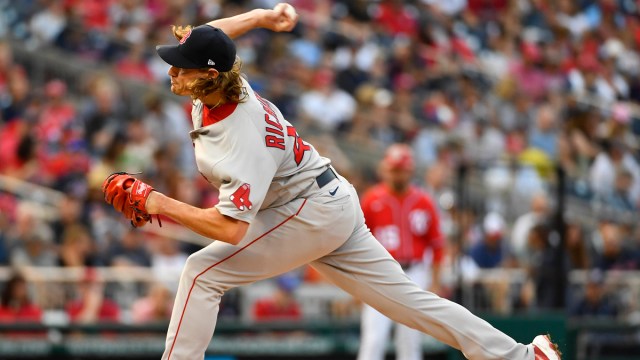