Why Patriots Fans Shouldn't Get Hopes Up For Odell Beckham Jr. Signing Skip to content

UPDATE (8:24 P.M. ET): The Browns and Odell Beckham Jr. have agreed on a contract restructure that will result in him being placed on waivers Monday, according to Adam Schefter of ESPN. Beckham will be due $7.25 million for the rest of this season with the final two years of his deal being terminated.

The settlement seemingly increases the chances of Beckham going unclaimed on waivers.

ORIGINAL STORY: We already broke down the reasons why the New England Patriots should think twice about pursuing Odell Beckham Jr. It’s just not a good fit.

But, if the Patriots do want to make a run at the star receiver, would they even have a realistic shot at landing him?

The chances would greatly increase if Beckham, who is being released by the Cleveland Browns, goes unclaimed on waivers and becomes a free agent next week. However, for now, let’s assume not every team on the NFL waiver wire passes on Beckham and his salary, which reportedly could be reduced to $1 million.

The Patriots currently are 15th in the waiver order. It’s … hard to imagine Beckham making it that far without being claimed.

Now, let’s talk about the money, as it does matter to some teams. If Beckham’s salary indeed is reduced to about $1 million — let’s call it exactly $1 million — nearly every team would have enough cap space to add him. Currently, only the New Orleans Saints have under $1 million in cap space, per Over The Cap.

The reality, however, is it would be easy for any team to clear the space necessary to add Beckham. The money should not prohibit anyone from putting in a claim for the 29-year-old. Things would change if Beckham’s salary remains in the neighborhood of $7.25 million.

But which teams should enter claims?

Honestly, you could make a case that every team should. Beckham’s cap hits in 2022 and 2023 are non-guaranteed, so there isn’t much financial risk. A team could release Beckham after this season without taking a cap hit.

To that end, it wouldn’t be a horrible idea for any team to sign Beckham and, if he performs well, either retain him for next season or trade him during the offseason, with his value increased. To put it another way: Think about the potential benefits of claiming a player like Beckham in a fantasy football dynasty league. What’s there to lose?

Obviously, real-life football is different from fantasy football. While a team like the Lions could find some of the aforementioned value in adding Beckham, they also should consider whether Beckham’s volatile personality would be a good fit on arguably the worst team in the NFL. The Lions aren’t going anywhere, so why would they add a malcontent to a locker room that already might be on edge?

So, of the 14 teams ahead of the Patriots on the waiver order, let’s eliminate the seven who have two or fewer wins. That means the Lions, Texans, Dolphins, Jaguars, Giants, Jets and Football Team all are out.

The Eagles, Seahawks, Bears, Falcons, 49ers, Vikings and Colts all remain. Let’s briefly go over whether any of them could be interested in Beckham.

Eagles (3-5)
Outside of tight end Dallas Goedert and rookie wideout DeVonta Smith, their top pass-catcher is Quez Watkins. Yes, they could use a receiver, and Beckham probably would be interested in signing with another NFC East team after the way things ended in New York.

Seahawks (3-5)
They need receiver help and have the culture to keep Beckham in check. A team that took a chance on Josh Gordon and showed interest in Antonio Brown likely would have few reservations about adding Beckham.

Bears (3-5)
Do they want to give Justin Fields that headache? It’s debatable. However, Beckham would add a huge boost to a passing attack that features Allen Robinson, Darnell Mooney and not much else.

Falcons (3-4)
With the Julio Jones era now over, the Falcons could use another wideout to pair with Calvin Ridley, assuming he at some point returns to the field. An offense featuring Ridley, Beckham, emerging star tight end Kyle Pitts and the suddenly dynamic Cordarrelle Patterson would be tough to stop.

49ers (3-4)
With Brandon Aiyuk falling out of favor in San Francisco, the Niners could use another wideout to pair with Deebo Samuel, who has been incredible this season. They would make a ton of sense for Beckham.

Vikings (3-4)
They don’t really need him. Justin Jefferson and Adam Thielen are more than enough on an offense that also features Dalvin Cook. Still, you never can have enough good receivers.

Colts (4-5)
It’s easy to envision Beckham in a Colts uniform. With Michael Pittman Jr. enjoying a breakout season at receiver, Zach Pascal continuing to be more than serviceable and Jonathan Taylor ranking second in the NFL in rushing yards, Indy already has one of the better offenses in football. Beckham could put them over the top.

Is there a chance that all of these teams decide to not submit claims on Beckham? Sure, but it also might be wishful thinking if you’re a Patriots fan. Receivers of Beckham’s caliber rarely become available at that price.

The good news: We’ll learn how this story ends sometime Monday. Of course, if Beckham is not claimed, then his free agency sweepstakes will commence, with wild speculation surely to follow. 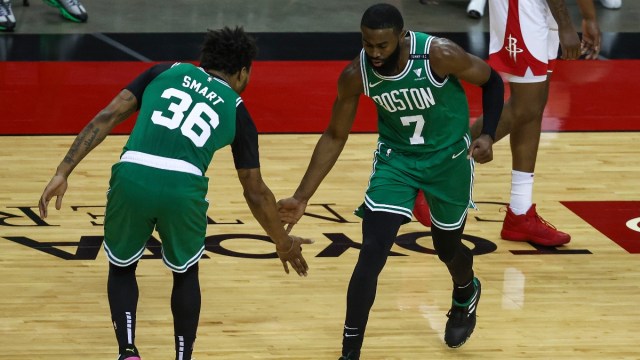 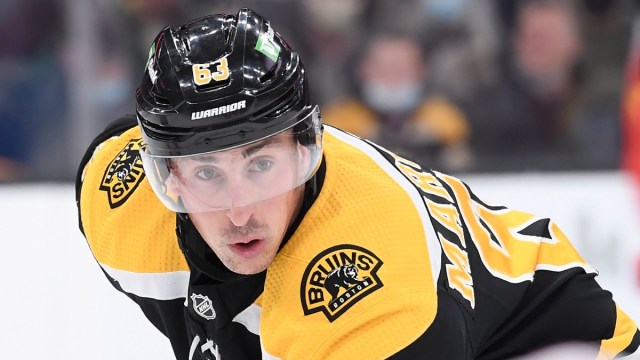