Breaking down snap counts and play percentages from the New England Patriots’ 24-6 win over the Carolina Panthers on Sunday:

— The Patriots employed more “pony” (two-running back) sets than usual, frequently putting third-down back Brandon Bolden on the field with either Rhamondre Stevenson or Damien Harris. They got creative with these packages, too, aligning Bolden in the slot on three snaps and out wide on three more.

Asked about this two-back strategy after the game, quarterback Mac Jones said it’s “secret information” that only offensive coordinator Josh McDaniels can reveal.

All three backs were heavily involved, with Harris, Stevenson and Bolden all logging 10-plus touches and accounting for 220 of the Patriots’ 273 yards. Bolden led the trio with 29 offensive snaps, partially because Harris and Stevenson both left with injuries during the fourth quarter.

New England also ran plenty of 21 personnel with a running back and a fullback. Johnson played 21 offensive snaps, splitting out wide on three of them.

— Stevenson has played 29 offensive snaps over the past two games and had either carried the ball or been targeted on 22 of them.

— Kendrick Bourne regained his No. 3 receiver status after being benched in the second half last week. He played 33 offensive snaps against Carolina, trailing Jakobi Meyers (55) and Nelson Agholor (54).

With New England leaning on its ground game, all three wideouts posted modest stat lines, with Bourne catching three passes on four targets for 34 yards and Meyers catching one on four targets for 4 yards. Agholor did not receive an official target, as the lone pass thrown his way resulted in a defensive pass interference penalty.

— The Patriots sat Jones late, sending in backup Brian Hoyer for their final possession. It was a light day for the rookie quarterback from a passing perspective. He went 12-for-18 for 139 yards and a touchdown with one interception and a lost fumble in the win.

Jones completed 11 of 13 passes in the first half — including all five of his third-down attempts — but just 1 of 5 after halftime.

— After a week in which J.C. Jackson was “sick as (expletive),” missed two practices and didn’t think he’d be healthy enough to play, the Patriots made a concerted effort to limit their top cornerback’s workload. They frequently rotated in Joejuan Williams to spell him on early downs, resulting in a 64% snap rate that was Jackson’s lowest since Week 7 of last season.

“I felt great,” Jackson told reporters after the game. “Especially (with) the rotation, taking me out on early downs then putting me back in critical third-down situations. That’s how I stayed fresh, because I missed practice. But I love that rotation.”

Jackson played great, too, intercepting two Sam Darnold passes and returning one 88 yards for a touchdown. He allowed just one catch on four targets for 2 yards in the win, per Pro Football Focus, as New England’s secondary all but erased Carolina’s wide receivers.

Williams played 49% of defensive snaps, the fifth-highest mark of his NFL career.

— Rookie Christian Barmore led all Patriots defensive linemen in playing time for the third consecutive game. His 68% snap rate was a new career-high.

The second-round draft pick once again was a disruptive force up front, logging three QB pressures (per PFF) and batting down two Darnold passes. Head coach Bill Belichick raved about Bamore’s impact and development after the game.

If Barmore continues to ascend during the back half of the season, he could play his way into the Defensive Rookie of the Year conversation.

In one four-play span during the third quarter, he forced a fumble, nailed Christian McCaffrey for a tackle for loss and made a leaping interception that Belichick called “tremendous” and “remarkable.” Belichick gave Collins and Jackson game balls during his postgame breakdown.

Collins’ 27% snap rate was his highest since he rejoined the Patriots last month. He also played nine snaps on special teams. 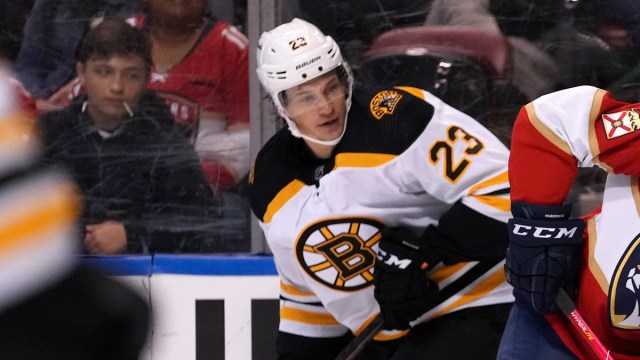 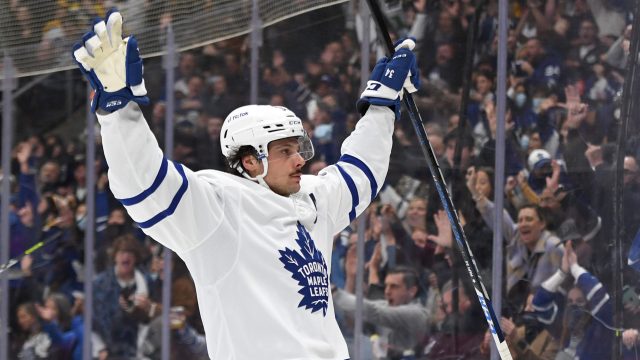