Breaking down snap counts and play percentages from the New England Patriots’ 45-7 win over the Cleveland Browns on Sunday:

— No practice, no problem for Rhamondre Stevenson.

After spending the entire week in concussion protocol, Stevenson stepped in for injured lead back Damien Harris (concussion) and spearheaded the Patriots’ best rushing performance of the season. The rookie played more snaps (37) than Brandon Bolden and J.J. Taylor combined (31) and led all rushers with a career-high 100 yards and two touchdowns on 20 carries.

“He caught well, made good yards after contact,” head coach Bill Belichick said postgame. “He’s been doing that for several weeks. Glad we had the opportunity to get a run call and for him to get the carries that he did. He stepped in for Damien, and he did a great job. It’s good to have depth, and we have depth in the backfield and count on all those guys, and they have really come through for us.”

The Patriots rushed for a season-high 184 yards as a team. They’re averaging 156.3 rush yards per game during their current four-game win streak.

— Trent Brown started at right tackle in his first game action since Week 1. Mike Onwenu spelled him late in the first half and in garbage time, but Brown was highly effective when he was on the field, allowing just one pressure and finishing as the Patriots’ highest-graded run blocker by PFF.

— The Patriots opted not to move Onwenu back to left guard upon his return, sticking with steady veteran Ted Karras in that spot. Karras has played every offensive snap over the last six games.

“Ted was pretty consistent for us and still is,” Belichick said of Karras, who played for the Patriots from 2016 to 2019 before spending last season with the Miami Dolphins. “I think that’s one of the great things about Ted Karras. You get pretty much the same person, the same player, the same level of communication, aggressiveness, play, every single day.”

— With Jonnu Smith sidelined with a shoulder injury, Hunter Henry saw the lion’s share of tight end snaps, playing 55 to Devin Asiasi’s 12 and Matt LaCosse’s nine. This was the season debut for both Asiasi and LaCosse.

— Wide receiver N’Keal Harry outsnapped Kendrick Bourne 35 to 29, largely thanks to his blocking prowess. Harry was used as a run blocker on 23 of his snaps, per PFF, and finished with one catch on one target for 26 yards.

Bourne made an impact both as a receiver and as a ball carrier, notching four catches on four targets for 98 yards and a touchdown and three carries for 43 yards.

— For the third time this season, the Patriots built a large enough lead for Belichick to give starting quarterback Mac Jones a rest in the fourth quarter. Backup Brian Hoyer entered late and led one final touchdown drive.

— With the Patriots playing more base defense, safety Kyle Dugger saw a smaller workload (73% of snaps) than starters Devin McCourty (90%) and Adrian Phillips (78%). Dugger still managed to make a big impact, though. His second-quarter interception was a game-changer, as the Patriots scored one play later to take a 14-7 lead.

— New week, same story for Christian Barmore. The second-round rookie led all Patriots D-linemen in snaps played for the fourth consecutive game. His 76% snap rate was a new career high.

— This has been a surprisingly quiet sophomore season for summer standout Josh Uche. The young linebacker played just 22% of snaps against Cleveland, his lowest mark of the campaign and the third-lowest of any Patriots defender Sunday.

— The Patriots emptied their bench late, giving special teamers Justin Bethel and Calvin Munson some defensive playing time in the final minutes. They also gave McCourty a late breather after he’d played 100% of defensive snaps in seven of the first nine games. 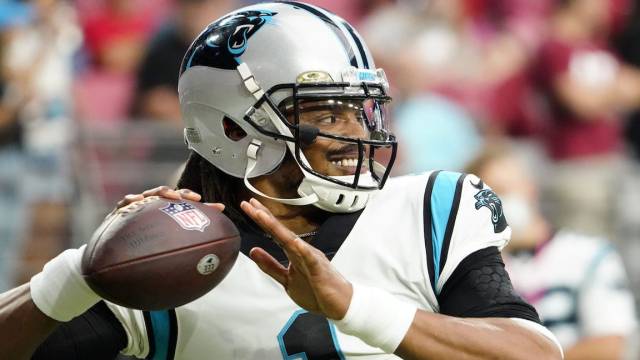