Paul Pierce was in attendance for the Boston Celtics game against the Los Angeles Lakers on Friday night.

While in town, he took the time to catch up with some old friends, NBC Sports Boston broadcasters Mike Gorman and Brian Scalabrine, while they were calling the game.

As the Celtics went on a run in the second quarter, Pierce was asked if was strange watching Avery Bradley and Rajon Rondo playing for the Lakers. He confirmed as much, at least for Rondo.

“Probably Rondo more so than Avery because Rondo won a championship,” Pierce said. “When you’re on a championship team it’s different. There’s been a lot of Celtics who have been Lakers, but when you win a championship with the Celtics — it’s tough to see him in that Laker uniform. But then again, we got Shaq (O’Neil).” 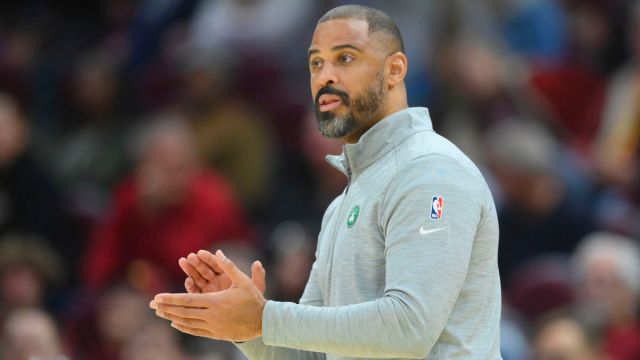 How Ime Udoka Feels About His First Celtics-Lakers Rivalry Game