The Boston Red Sox are a fascinating team to watch this Major League Baseball offseason.

Not only are they already stocked with talent and coming off a successful 2021 season in which they finished two wins shy of reaching the World Series. They also, in theory, could go in any number of directions as far as shaping their roster for 2022.

One could argue that pitching should be the focus this winter, both in the rotation and the bullpen. The Red Sox could use a starter or two beyond the trio of Chris Sale, Nathan Eovaldi and Nick Pivetta, and Boston’s current lack of late-inning arms might become an issue next season if unaddressed, especially if Matt Barnes doesn’t bounce back from losing his closer job in the second half of 2021.

But that doesn’t mean the Red Sox shouldn’t consider upgrading in other areas, too. There are obvious questions at first base and second base, and even the left side of the infield might be worth examining given its shaky defense and shortstop Xander Bogaerts’ looming opt-out next offseason.

Really, everything should be on the table for Red Sox chief baseball officer Chaim Bloom. And that includes making a splash in free agency by signing one or more notable position players.

This year’s free agent class is exceptional, combining both star power and depth, so it’s difficult to pinpoint who exactly the Red Sox will target. But Boston’s flexibility lends itself to a wide range of possibilities, to the point where it’s worth dreaming upon even the most far-fetched scenarios.

Here are a bunch of free agent position players — 14, to be exact — whom the Red Sox theoretically could pursue in the coming months with an eye toward capturing championship glory in 2022.

The familiar face: Kyle Schwarber
Let’s start in-house with Boston’s major 2021 trade deadline acquisition, who since has become a free agent after an excellent stretch run in which he fit like a glove. The Red Sox already have expressed interest in re-signing the 28-year-old slugger — effectively known as “Kyle from Waltham” — and while he’s somewhat redundant on a roster also featuring J.D. Martinez, Schwarber’s return could make for a seamless transition at the designated hitter spot once the latter’s contract expires next offseason.

The elite shortstops: Carlos Correa, Corey Seager
That star power we were talking about? It starts with Correa and Seager, two All-Star shortstops in the primes of their careers after excellent stints with the Houston Astros and Los Angeles Dodgers, respectively. Signing either player would qualify as a shocking move by Boston, given both the investment — north of $300 million? — and Bogaerts’ longtime stranglehold on the position. But it’s rare that such talent becomes available on the open market. Never say “never”?

The next-tier middle infielders: Marcus Semien, Trevor Story, Javier Báez
This year’s free agent class, clearly, is loaded with middle infielders. Semien, Story and Báez check in a notch below Correa and Seager, for various reasons, but there’s no denying their potential impact wherever they land.

Semien’s market could be suppressed, to some extent, by his age (31) and less-extensive track record of elite production, but he found a home at second base with the Toronto Blue Jays in 2021 and therefore would be a more natural fit in 2022 with Bogaerts sticking at shortstop.

Story (turned 29 on Nov. 15) and Báez (turns 29 on Dec. 1) aren’t coming off their best seasons, thereby creating concerns about their long-term value, but they’ll still come cheaper than Correa or Seager. And Báez, like Semien, can play second base, while there’s been talk of Story possibly switching positions, if necessary, as well.

The stud first baseman: Freddie Freeman
It’s hard to envision Freeman wearing a different uniform after 12 seasons with the Atlanta Braves. And the safe bet probably is that Atlanta finds a way to keep its homegrown star on the heels of winning the World Series. But hey, the Red Sox still are figuring out their first base situation, with Bobby Dalbec coming off a rollercoaster 2021 and top prospect Triston Casas waiting in the wings. It’s at least worth mentioning Freeman’s availability as a five-time All-Star and 2020 National League MVP.

The other first basemen: Brandon Belt, Anthony Rizzo
Belt, like Freeman, has spent his entire career with one organization, the San Francisco Giants. So it’s difficult to imagine him taking his talents 3,000 miles east ahead of turning 34 in April. Just like it’s difficult to ignore his production of the past two seasons.

Rizzo, 32, seems like a smoother fit. The longtime Chicago Cubs star was a popular name floated in trade speculation before landing with the New York Yankees at the deadline. And he’ll presumably be mentioned here and there until the Red Sox make clear their intentions at first base.

The versatile star: Kris Bryant
Speaking of former Cubs stalwarts (Báez and Rizzo), how about Bryant, who spent parts of seven seasons in the Windy City before Chicago traded him to San Francisco in July. While he hasn’t quite blossomed into the all-world superstar he looked like during his NL MVP season in 2016, there’s still a lot to love about Bryant, a versatile defender with strong on-base skills and immense power. He turns 30 in January and could be a middle-of-the-order presence for the foreseeable future, capable of playing third base, first base and in the outfield.

The Swiss Army knife: Chris Taylor
If versatility is your thing (and it sure seems like Bloom’s thing, based on the 2021 version of the Red Sox), then Taylor deserves a look. He’s coming off his first All-Star campaign, and the price ultimately might be too high for a player of his ilk, especially when you factor in the draft pick compensation the team signing him would need to relinquish by virtue of him rejecting the Dodgers’ one-year, $18.4 million qualifying offer. But he can play all over the diamond — infield and outfield — and that’s valuable nowadays.

The top outfielders: Starling Marte, Nick Castellanos
Marte led the majors with 47 stolen bases, a lost art in today’s game. He also just posted the best on-base percentage of his career and is a solid defender in center field, traits that could appeal to the Red Sox if they’d prefer to move Kiké Hernández back to second base on a more regular basis. Age (33) might be the biggest red flag as it relates to Marte’s skill set.

Castellanos, meanwhile, just opted out of his contract with the Cincinnati Reds after an All-Star season in which he hit .309 with 34 home runs, 100 RBIs and a .939 OPS. He effectively provides no defensive value but, much like Schwarber, fits the DH mold if the Red Sox begin eyeing that situation.

The unknown: Seiya Suzuki
There’s inherent risk involved with signing international players, because you simply never know how they’ll transition to MLB. But Suzuki, a 27-year-old, right-handed-hitting outfielder, has garnered rave reviews for both his offensive prowess and his defense in Japan. The Red Sox reportedly have scouted him “thoroughly,” and he’d be an intriguing option if Boston looks to shake up its outfield mix. 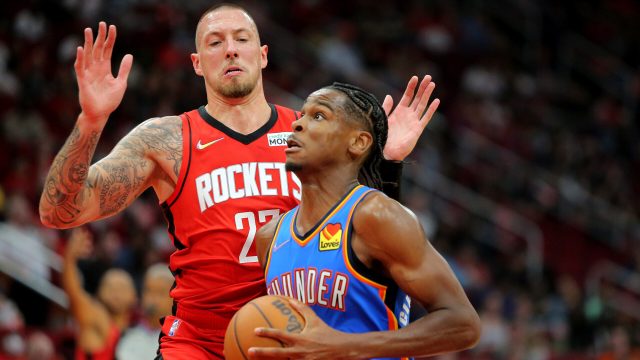 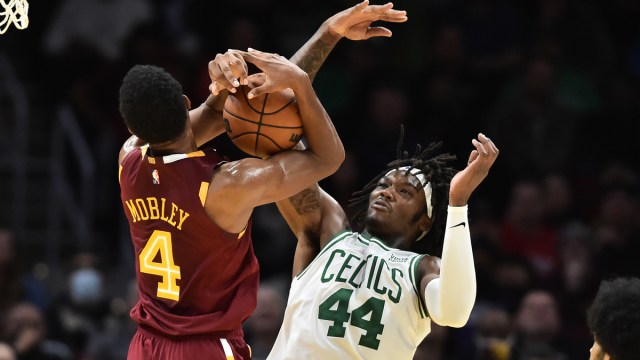