The Seattle Seahawks are crashing toward rock bottom, and if they’re not yet there, they’re getting awfully close.

No one stands to benefit more than the New York Jets because of that, and Gang Green should make every possible effort to double down on the Hawks’ misery.

Seattle’s season is just about over after losing to the Washington Football Team on “Monday Night Football.” It was the Seahawks’ third loss in a row in large part because of an ineffective offense that has looked just as broken since Russell Wilson returned from injury as it did while he was recovering from a finger issue that basically derailed their season.

With the Seahawks circling the drain on the 2021 season, the bigger picture isn’t pretty, either. As it stands right now, Seattle is slated to have the No. 5 pick in the draft — or at least it would have that selection had it not traded the pick to the Jets for safety Jamal Adams. That deal is looking more and more like one of the worst trades in recent NFL history with every Seattle setback that ultimately improves New York’s draft position.

Nothing that has happened this season is likely to change Wilson’s long-term outlook. Trade chatter surrounding the quarterback began a week after Super Bowl LV and intensified into March before ultimately falling apart. At various points in the offseason, rumors pointed to legitimate frustration from Wilson with the direction the team was headed. You think those feelings have subsided after a 3-8 start to the season?

If Wilson and his camp kick the hornets’ nest again this offseason, the Jets should 100% be calling Seattle and trying to work out a deal. The pieces certainly match up. As it stands right now, the Jets — through just 12 weeks of the NFL season — currently own the Nos. 4 and 5 picks in the first round of the 2022 NFL Draft. The fifth pick, as we mentioned, belongs to Seattle.

What would it take to land Wilson, though? Obviously, some collection of first-round picks need to be involved. Sending Seattle both first-round picks in 2022 certainly would put the Seahawks in position to rebuild quicker, not to mention allowing them to recoup that first-rounder. Perhaps the Jets would have to sweeten the pot by including a future first, too, but there’s another obvious trade chip already on the Jets: 2021 No. 2 overall pick Zach Wilson.

Zach Wilson admittedly hasn’t looked the part this season, but New York is obviously rebuilding and he also has battled injuries. He has, however, flashed his tantalizing potential from time to time, and it’s times like those where it’s clear to see what made him a coveted prospect. The Jets would have to be really sold on two things, though, to make a Wilson-for-Wilson swap. The first is they’d have to trust Russell Wilson still had very good football ahead of him; he just turned 33 on Monday. Second, they’d be taking a calculated risk that Zach Wilson won’t become, well, the next Russell Wilson.

This probably is all crazy talk for the simple fact that such a deal would require at least some sort of tacit admission from each team that they were wrong. For Seattle, it would have to make the uncomfortable decision to blow it up and trade a future Hall of Famer, in part to get essentially undo its own blunder. The Jets would have to give up on a 22-year-old future face of the franchise to take a shot on an aging superstar.

If it turned into a win-win, though, it’s easy to see how both teams would benefit. The Jets need to keep pace in the AFC East. The Buffalo Bills look like a Super Bowl contender for at least a few more years, and the New England Patriots left the party for a minute and have returned ready to contend far sooner than anyone expected. Even the Miami Dolphins have signs of life, winning three of Tua Tagovailoa’s last five starts with the 2020 first-rounder posting encouraging numbers in those games. Jets head coach Robert Saleh and offensive coordinator Mike LaFleur are quite familiar with Russell Wilson’s work, too, from their time in San Francisco, and the Jets’ collection of weapons (including the offensive line) might actually be better than what Seattle currently has to offer.

As for the Seahawks, a collection of high picks and the potential of Zach Wilson might be worth ripping the bandage off starting anew.

Is it a crazy idea? Maybe. But for two teams seemingly pointing in opposite directions, it’s at least worth a shot. 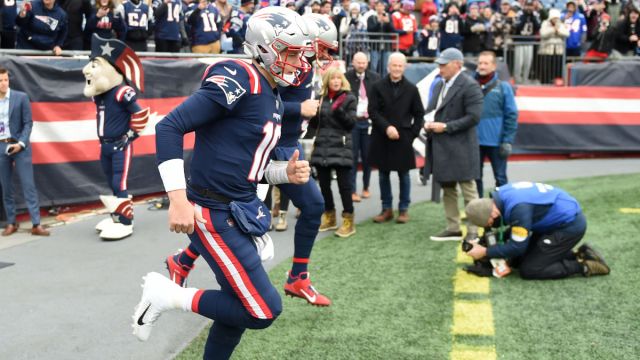 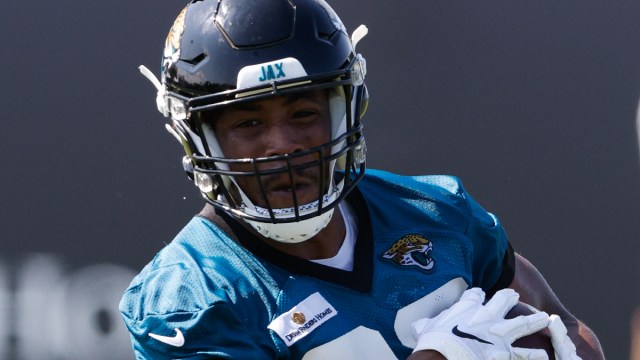 Patriots Rumors: Running Back Visits For Workout Ahead Of Bills Game