It would be an understatement to say Skip Bayless isn’t sold on the new, star-studded marriage between Odell Beckham Jr. and the Los Angeles Rams.

Bayless on Thursday night shared a Twitter video in which he reacted to Beckham’s decision to sign with the Rams in free agency by calling out both the wide receiver and the Los Angeles organization.

“And I’m going to go there because I like Odell a lot — I think he has a good heart — but you want to talk about an ego? You’re gonna throw that grenade into this mix? That grenade of an ego? Odell Beckham Jr.? You are kidding.”

The Rams have looked like Super Bowl contenders for most of this season, with their offense taking a step forward in the wake of LA replacing quarterback Jared Goff with Matthew Stafford over the offseason. Beckham, in essence, is a luxury addition.

In that sense, one could argue Los Angeles is a great landing spot for OBJ, as he won’t be viewed as the savior or tasked with doing too much. But Bayless clearly can envision a scenario in which things go south, much like they did in Cleveland, where Beckham and Browns quarterback Baker Mayfield struggled to get on the same page during their two-plus seasons together.

“The Rams are all about style over substance. They’re all about building an NBA-style super team. The more, the merrier,” Bayless said. “Jalen Ramsey? Come on down. Vonn Miller? Come on down. Name ’em? Come on down. We’ll figure it out. Well, will you, on offense? Because here’s the harsh truth about Odell — again, I like him: He’s a shadow of himself. He’s the most overhyped free agent in the history of free agency because he’s had three major surgeries in the last four years. He’s had one injury after another, starting in 2014, and it’s robbed him of his electricity. So, I know the internet believes that Cleveland had a Baker problem, but the truth was the Browns had a Odell problem.”

Beckham is extremely talented, no doubt. And maybe he’ll make a few splash plays for the Rams, justifying the one-year deal he signed Thursday with Los Angeles after clearing waivers.

But it’s been a while since Beckham was a legitimate No. 1 receiver with the New York Giants, and expectations therefore should be tempered moving forward in 2021.

“The truth is, at this stage and age of his career — just turned 29, a battered 29 — he puts on a much better show in the pregame warmups than he puts on during the game,” Bayless said. “He’s not as fast. He’s not as quick. He’s just not as sudden as he used to be.”

Tell us how you really feel, Skip. 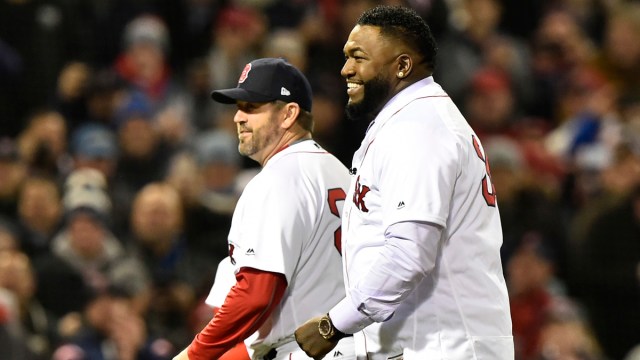 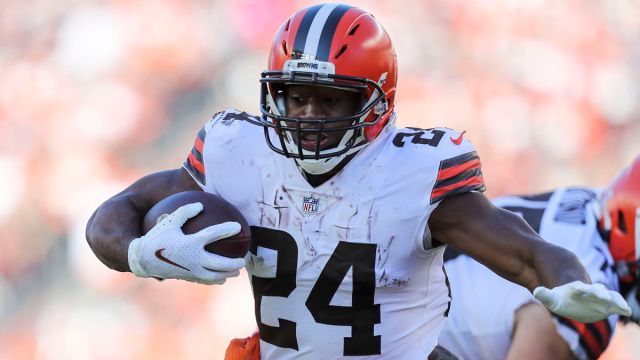