ESPN has unveiled its “All-Underrated Team” for the current season, and two Patriots have made the cut.

And we’ll go out on a limb and say New England fans will agree with the decision.

NFL analyst Bill Barnwell looks around the league at players who — despite not being first-round picks or having big contracts — play at a high level for a lengthy stretch of time (as in years).

Barnwell identified a team of 24, and Pats wideout Kendrick Bourne and safety Kyle Dugger each were selected.

On Bourne, Barnwell wrote, in part: “The former 49ers wideout has caught more than 78% of his targets this season. NFL Next Gen Stats has his expected catch rate at 67.4%, meaning he’s operating at nearly 11% above expectation. That’s the third-best mark in the league, behind only those of Christian Kirk and (Tim) Patrick.

“Some of the hype surrounding the Patriots’ offense is overstated, given that they rank 16th in offensive and passing DVOA, but Bourne has outplayed his three-year, $15 million deal.”

Dugger, Barnwell noted, “is nominally a safety on paper, but he plays both safety spots and also chips in a fair amount of the time as a slot corner. When NFL Next Gen Stats identifies him as a slot defender, he has allowed a passer rating of just 35.2 and generated 13.2 EPA for the Patriots’ defense, the latter of which ranks fourth in the NFL.”

The Patriots have been anchored by their strong defense this season, and Dugger is a big part of that. And after a 2020 campaign that saw them constantly stagnant on offense, the Patriots have rebounded this season and shown improvement, and Bourne undoubtedly has played a role in that.

New England will need Dugger, Bourne and everyone else, for that matter, to bring their best Sunday when they host the AFC-leading Tennessee Titans at Gillette Stadium.

Allen Robinson is inactive for Week 12 against the Lions 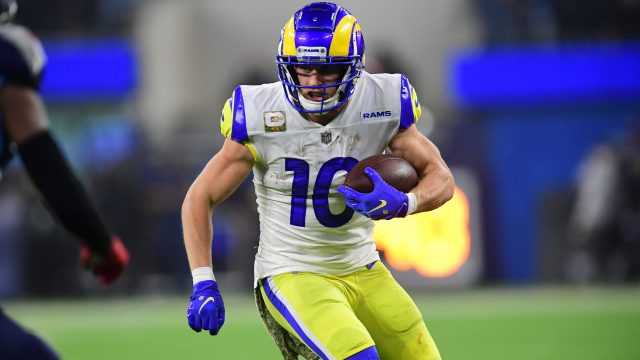