Belichick, speaking before the Patriots traveled to Mercedes-Benz Stadium in Atlanta for a game on “Thursday Night Football,” spoke positively about the veteran signal-caller, who has the Falcons 4-5 on the season entering Week 11.

“Well, I think this year he’s really done a good job and has really improved his timing on the passing game and not holding the ball as long, getting it out on time more consistently,” Belichick said Wednesday. “He has a good arm, reads coverages well and all that. There’s never really been a question on that, but I feel like in watching him play last year to this year that his timing is good. The ball comes out quickly, and he’s just not holding it very much. He’s getting it to his outlet receivers quickly, getting the ball in their hands, and then they’re able to make positive plays. I think he’s just improved in that area.”

Ryan has thrown for nearly 2,300 yards in nine contests this season while recording a 15-to-8 touchdown-interception ratio. He’s benefitted from a strong rookie season by tight end Kyle Pitts and a resurgence of wide receiver/running back Cordarrelle Patterson, who is questionable entering Thursday. Ryan’s trusted target Calvin Ridley, however, has not been on the active roster.

“Whether that’s whatever, the coaching, Julio (Jones) not there, I’m not really sure what’s the cause of all that, but I think it’s noticeable how much more efficient he’s been in the passing game,” Belichick said. “His completion percentage is up. His sacks and interceptions are down. I think he’s playing well.”

Ryan has completed 67.7% of his passes this season, which, if it continues, would be the highest in a three-year stretch. Belichick’s sentiment also is depicted by the fact Ryan’s yards-per-attempt are at 7.1, which would be the lowest since the 2013 season. It essentially confirms Ryan is getting the ball out quicker and letting his pass-catchers make plays, as does the fact he’s only taken 16 sacks this year after three straight campaigns of 40 (!!) or more.

Unfortunately, the Atlanta running game has impacted the productiveness of the offense in general. The Falcons passing game ranks middle of the league — 15th in yards, 13th in attempts and touchdowns — but the rushing game is 29th in yards and 30th in both touchdowns and yards-per-attempt.

Belichick certainly will do what is needed to take the ball out of Ryan’s hands and make it more difficult on the Atlanta offense when the two teams take the field Thursday night. Kick off is set for 8:20 p.m. ET. 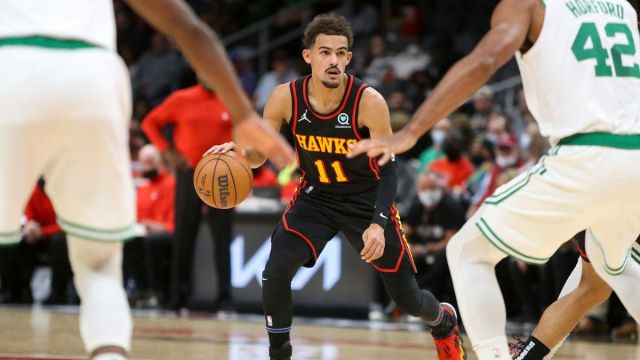