Drew Brees believes Mac Jones and the Patriots were made for each other.

Sunday marked another successful day for New England, as Bill Belichick’s team extended its win streak to six with a 23-point triumph over the Tennessee Titans at Gillette Stadium. Jones wasn’t sensational in Week 12, but he made (most of) the plays he needed to and didn’t really put the Patriots in any bad situations.

The Alabama product continues to follow New England’s game plan to a tee, which is why Brees views Jones as the ideal signal-caller for the Patriots.

“You feel like he’s the perfect quarterback for this Bill Belichick team and that offense,” Brees said Sunday on NBC’s “Football Night in America.” “As good as they’re running the football, as great as they’re playing defense and generating turnovers, giving them opportunities, it’s really just asking Mac Jones to manage the game. Be very efficient and then make some plays in the pass game, convert some third downs. But he has been highly, highly efficient, finding lots of completions, not a lot of incompletions. Just doing what they’re asking him to do.”

Next Monday night will mark arguably the toughest test of Jones’ young NFL career. The 23-year-old will lead the Patriots into one of the most raucous environments the league has to offer, where New England will try to score a road win over the division rival Buffalo Bills. 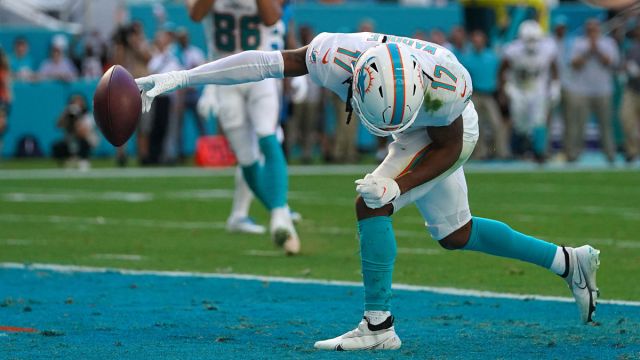