New England Patriots quarterback Mac Jones is in his first season as a Bill Belichick disciple. But the first NFL coach he played for actually was Matt Rhule.

Rhule and his Carolina Panthers staff coached Jones at the 2021 Senior Bowl, getting an up-close look at the player who would go on to be the 15th overall draft pick and New England’s Week 1 starter.

With the Patriots and Panthers set to square off this Sunday at Bank of America Stadium, Rhule reminisced about the time he spent with Jones at that Mobile, Ala., all-star game.

Jones, the coach said, almost immediately proved he had what it took to be a successful NFL quarterback.

“I think after you spent about five or 10 minutes with him, (you knew),” Rhule said Thursday in a conference call with New England reporters. “He’s just got juice. … Spending time with him, you could tell he loves football. He just won the national championship game and he’s out there practicing with us.

“You could see how intelligent he was the first day. We put a lot of install in, a lot of words in, just to see if they could recite it, and you could see pretty quickly he had a feel for the game. He had some moxie, and he was really, really intelligent and accurate and could throw the deep ball at a high level.”

Rhule, who coached the American team, said he and his staff threw a large volume of play calls and concepts at their prospects, testing how quickly they could digest information. Some players struggled with this. Not Jones.

Jones actually had put himself on Rhule’s radar several years earlier, when he was a high school recruit out of Jacksonville’s Bolles School and Rhule was the head coach at Baylor. After Jones had committed to Alabama, Baylor made a last-ditch effort to flip him.

“He was committed to Alabama, and they signed another quarterback,” Rhule recalled. “One of our guys who was recruiting him just made another run at him. … But he’s just such a competitor. He wanted to go play at Alabama. He trusted himself.”

Jones sat behind Jalen Hurts and Tua Tagovailoa at Alabama, then exploded as a redshirt junior in 2020, throwing for 4,500 yards and 41 touchdowns with just four interceptions as he led the Crimson Tide to a national title. Two weeks after the national championship, he arrived at Senior Bowl practice and excelled, solidifying himself as a first-round prospect.

After beating out veteran Cam Newton in Patriots training camp, Jones has started every game of his rookie season, leading all first-year signal-callers in nearly every statistical category.

“To me, no matter where Mac ended up, I knew he was going to be a longtime pro, because he just has all the right qualities and all the right things that are essential to being a great player,” Rhule said. “That was evident to me from the very beginning.”

Rhule might now regret not drafting Jones himself. In need of a new quarterback this past offseason, the Panthers instead swung a pre-draft trade for New York Jets draft bust Sam Darnold and used their first-round pick (No. 8 overall) on cornerback Jaycee Horn. Darnold started the season strong but has struggled mightily over the past month, ranking as one of the NFL’s worst QBs since the start of October.

With Darnold recovering from a concussion and shoulder injury, the Panthers might need to start former XFLer P.J. Walker against Jones and the Patriots this week. 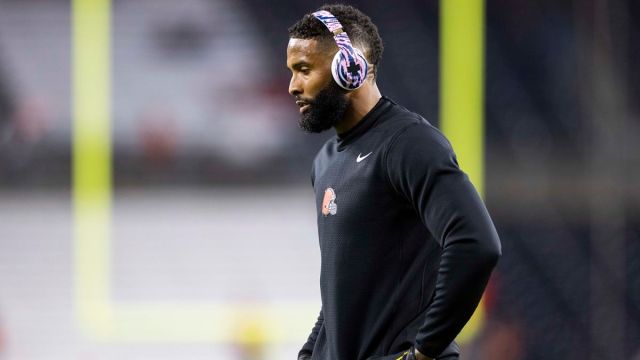 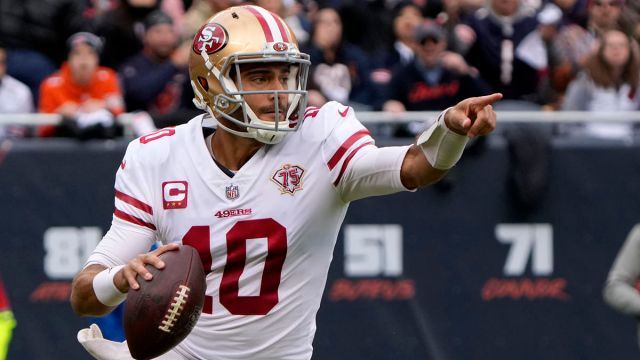