The Patriots opened their Week 13 game against the Buffalo Bills by running the football.

Bill Belichick’s team ultimately racked up 46 rushing attempts in its 14-10 victory at Highmark Stadium. Rookie quarterback Mac Jones, meanwhile, only attempted three (!) passes against the Bills, marking the fewest in a single game in franchise history.

It truly was a bizarre contest, made so by relentless winds from wire to wire in upstate New York. Given the absurd nature of the game, you might think the Patriots won’t be able to take much from their seventh consecutive win. But during an appearance Tuesday on WEEI’s “The Greg Hill Show,” Belichick pointed out a future perk as a result of the Patriots’ unconventional attack against the Bills.

“We can use our whole passing game,” Belichick said while laughing, as transcribed by ESPN’s Mike Reiss. “All the pass plays we have, they haven’t seen.”

With its hard-fought win over Buffalo, New England maintained its spot atop both the AFC East and the conference standings. They’ll also have plenty of time to reset and refresh thanks to their Week 14 bye.

The Bills, on the other hand, quickly will have to turn the page and prepare for yet another daunting challenge. Josh Allen and Co. will spend their Sunday afternoon in Tampa Bay where they’ll take on the 9-3 Buccaneers.

Patriots Takeaways: Eight Things We Learned From Win Over Bills 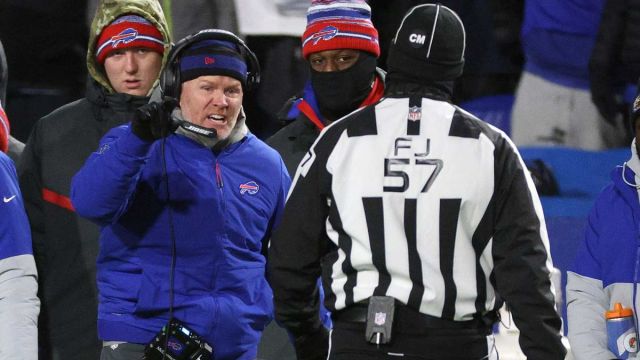