Those who represent Bills Mafia will be crashing through tables for a different reason Sunday night.

They’ll be doing so in devastation rather than celebration and they have none other than their longtime AFC East rivals Tom Brady and Bill Belichick to credit for it.

Brady brought Bills fans into the Twilight Zone on Sunday while leading a game-winning drive highlighted by a walk-off touchdown pass to lift the Tampa Bay Buccaneers to a 33-27 overtime victory. Brady now is 33-3 against the Bills.

Sunday’s result came after the Bills lost to the AFC East rival Patriots in a Week 13 defeat on “Monday Night Football.” Buffalo saw Belichick and Brady in consecutive weeks and lost both games during what certainly is an impactful stretch with the regular season winding down. The 7-6 Bills now own the seventh and final playoff spot.

And while it may be too soon to be thinking big picture, Bills fans probably feel the loss is all the more difficult to get over knowing Brady may have just helped New England claim the division crown. The Patriots, after all, maintain the No. 1 seed in the AFC and now have a two-game lead over Buffalo for the division. Not to mention the fact New England found its heir apparent to Brady in the NFL draft just one season after his departure. The Mac Jones conversation may be one for another day, but it certainly feels like the same Buffalo fans who just wanted Brady and Belichick out of their way, now have another era to get ready for.

Well, it was quite the one-year run for the Bills. Buffalo, after all, swept the Patriots in 2020 and earned their first divisional crown in more than two decades. But it seems things have changed in a hurry.

And while fans have enough to stomach knowing Buffalo now has lost four of its last six games, the fact Belichick (and somewhat Brady?) got New England back atop the mountain in short order? 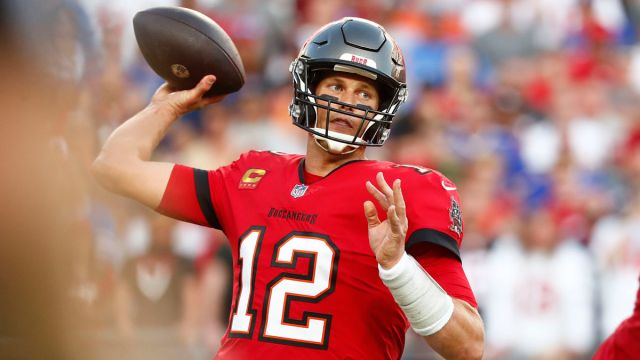 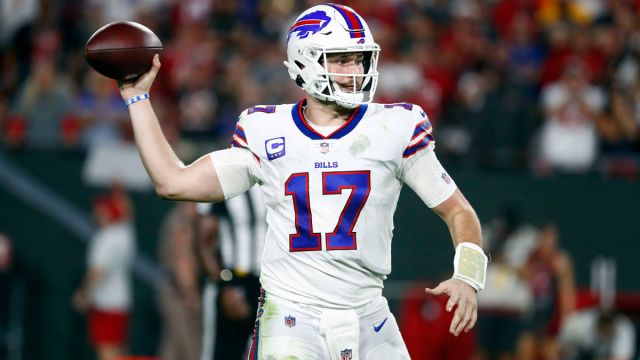 Josh Allen In Walking Boot After Bills Can’t Come Back Vs. Buccaneers