The Boston Celtics suffered one of their most deflating losses of the season Monday night against the Minnesota Timberwovles.

Minnesota entered the clash missing four of its five starters — including its three highest scorers in Karl-Anthony Towns, Anthony Edwards and D’Angelo Russell — and eight players overall but came back late to take down the Celtics at Target Center, 108-103. Boston built up an 11-point first half lead and even when it shrunk still stayed ahead for much of the contest until the Timberwolves opened the final quarter on a 14-2 run to give themselves a lead they never would then surrender.

The Celtics weren’t at full strength by any means themselves, missing nine players of their own including Jayson Tatum, Marcus Smart and Dennis Schröder, but they still were in control for the majority of Monday’s contest.

They couldn’t slam the door shut at the end for the second straight game. On Christmas Day against the Milwaukee Bucks the Celtics did the same thing in the first half but then over the final 24 minutes of action couldn’t get the job done and lost that game 111-107.

After Boston lost to the Timberwolves, Celtics head coach Ime Udoka addressed what he thinks he and the rest of the coaching staff need to do better.

“We’ve got to find a way to motivate them to be consistent and we took a look at the poor areas of what we did against Milwaukee and wanted to clean those up tonight and then something else bites us in the (expletive) basically the off-ball stuff that hasn’t been a problem all year so it’s like at times you have to plug up the dam in a different hole every night, it’s something,” Udoka said.

“We’re really good at one thing and then something else creeps up on us and so we’ll find a way with what we have to be better as we were in the first half. Defensively it was a great first half, 45-point first half and then similar to last game coming out in the third quarter like we forgot what we did well.”

The Celtics obviously didn’t have their full roster Monday night, but it was a game they should have won. Boston shot just 37.1% on the night overall and it finished the game shooting a mere 34% from beyond-the-arc. The Celtics also were outscored in the paint 50-26 even with Al Horford and Robert Williams both healthy and in the lineup. Former Celtics big man Greg Monroe hadn’t stepped foot on an NBA court since the 2018-19 season and in his first game of the year dropped 11 points and nine rebounds off the bench for the Timberwolves.

In the grand scheme of things Boston was significantly undermanned and Monday night was just one loss. It likely will be fine in the long run but the losses do pile up and at the end of the season this may be one it wishes it had back. 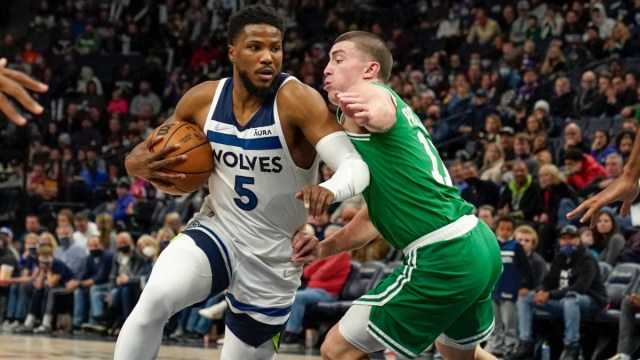 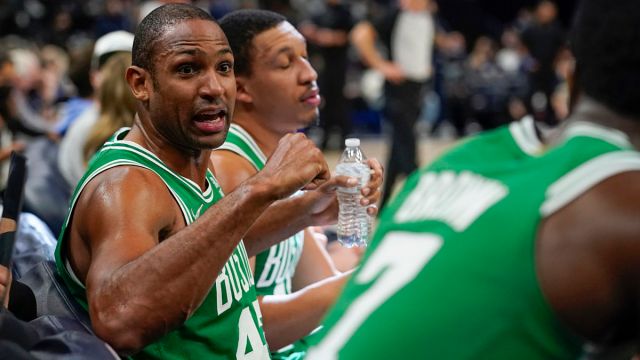 Al Horford Didn’t Hold Back About Celtics’ Shortcomings After Collapse