The Boston Celtics will be without three players Saturday against the Portland Trail Blazers, though one of them really did some politicking to play.

Romeo Langford was downgraded to out for the matchup after spraining his right ankle the night before against the Utah Jazz, coach Ime Udoka revealed in his pregame media availability.

“Romeo rolled it, rolled his ankle in the second quarter last night,” Udoka said when he shared that the guard will join Al Horford and Jaylen Brown on the sidelines.

“Obviously (Langford) didn’t come back in that game and had some swelling and soreness today. Al had some back tightness, probably think he could have played through but obviously a back-to-back, we’re going to be careful there. Another back-to-back coming up on this road trip.”

Brown, who Boston has been conservative with as he returns from a hamstring injury, apparently tried hard to get some minutes in Portland.

“He felt some tightness, really fought me hard to try to play — he wanted to play, he was kind of going through it watching us battle Utah last night,” Udoka said of Brown.

“Very competitive guy that’s itching to play and get out there but we’re gonna take the big picture approach and get him back when he’s 100%, not 85-90% so it’s something that doesn’t linger. But like I said, he wants to be out there.”

The Celtics will have to go on without them at 10 p.m. against the Blazers, also shorthanded without star Damien Lillard. 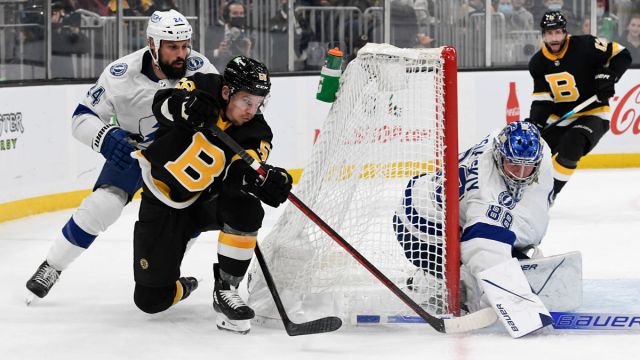 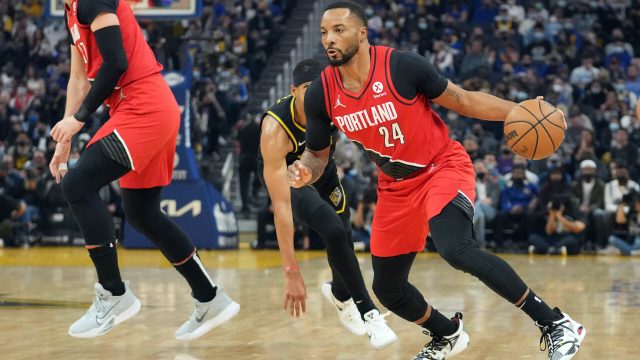