It seemed very promising Monday night for the Boston Celtics, but a second-half collapse once again did them in as they fell to the severely shorthanded Minnesota Timberwolves at Target Center, 108-103.

ONE BIG TAKEAWAY
The Celtics built a big lead early and then surrendered it down the stretch. Boston had an 11-point halftime lead and at points looked like it was poised to blow out a Timberwolves team that was missing four of its five starters and eight players overall but it continued to let Minnesota stick around.

The Timberwolves stormed back in the second half and took a lead in the final quarter after opening with a 14-2 run, and would maintain the momentum for the rest of the contest to earn the win. Boston was undermanned themselves with nine players missing the game due to a mixture of COVID-19 and injuries, but blowing big leads is a trend it has shown all season.

Boston did the same Saturday against the Milwaukee Bucks after building an early 15-point lead then falling a part in the second half.

STARS OF THE GAME
— Brown stuffed the scoresheet for the Celtics, leading the way with 26 points. He also nabbed 10 rebounds and dished out four assists. It was Brown’s sixth straight game with 20 or more points since returning from a hamstring injury midway through December.

— Payton Pritchard moved into the starting lineup with Marcus Smart shelved due to a hand laceration and responded with arguably his finest game of the season with 20 points, eight rebounds and six assists along with a steal.

— Jaylen Nowell entered Monday’s bash averaging just five points per game this season and responded to his extended opportunity by dropping a game-high 29 points on 10-of-18 shooting off the bench.

WAGER WATCH
If you were feeling Pritchard early on, he could’ve made you some scratch with his performance. The Celtics guard’s over/under for points scored was set at 14.5 by DraftKings Sportsbook with -115 odds so if you were to bet $115 on the over you would’ve walked away with $100.

UP NEXT
The Celtics will take Tuesday off and return to action at home Wednesday against the Los Angeles Clippers, with tip-off scheduled for 7:30 p.m. ET. 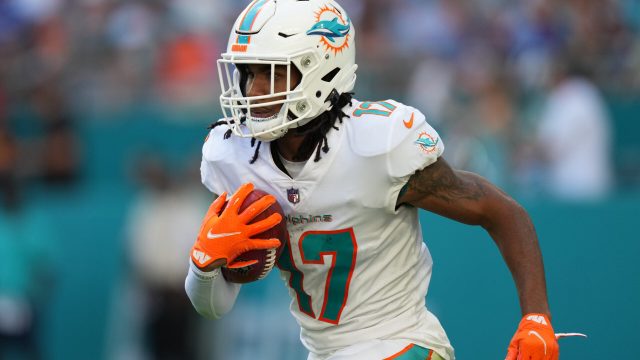 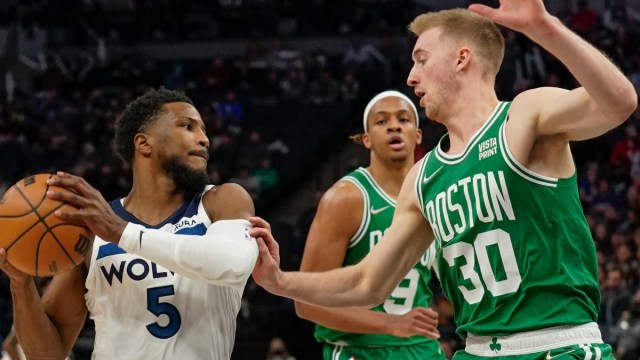