The Boston Celtics are scheduled to play an incredibly difficult stretch of games in the month of December, with 15 games over 31 days against teams that — as of Dec. 1 — all have winning records. Ahead of what could be a make-or-break run, however, they may have gotten some help from Miami Heat center Bam Adebayo.

Boston will begin the month in 11th place in the Eastern Conference at 11-10. It’s not as dire as it sounds, considering there are four teams ahead of them that have the same record. Even the Charlotte Hornets, who currently are sixth and would avoid the play-in tournament, have 10 losses. And three teams — the Heat, Washington Wizards and Milwaukee Bucks — are 13-8.

Just two games separate the Celtics and the third-place Heat. All it would take for the teams to switch places is a winning run for Boston and a rough stretch for Miami — the latter of which is more likely after a Wednesday report from Shams Charania of The Athletic that Adebayo should miss about six weeks after surgery to repair a UCL tear.

Adebayo, who was injured Monday, averaged 18.7 points per game was the team’s third-leading scorer behind Jimmy Butler and Tyler Herro. His 10.2 rebounds were a team-high.

The Heat don’t have as tough of an upcoming schedule as the Celtics do, though they will face the 11-10 Cleveland Cavaliers, the 11-10 Memphis Grizzlies and play the fifth-place Bucks twice over their next five games. And they’ll do so with a slew of other injuries, as Tyler Herro, Jimmy Butler and Dewayne Dedmon — the heir apparent to the center role — are day-to-day. Markieff Morris, who is a versatile option in the frontcourt, remains out after he was shoved by Nikola Jokic.

The Celtics won’t have an easy go of it, but this is the perfect opportunity for them to gain some ground in an incredibly fluid Eastern Conference. 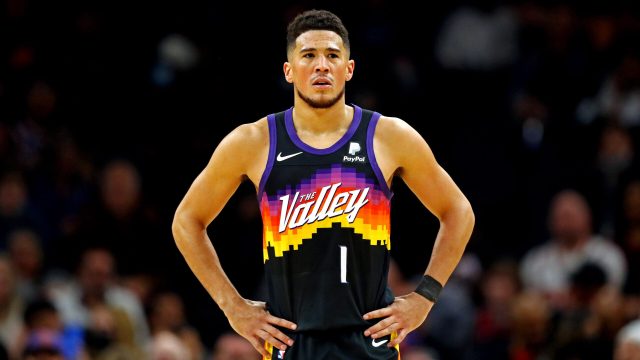