How Patriots Have Responded After Bad Week Of Practice, Loss To Colts Skip to content

Mac Jones spoke for many of his New England teammates when he said the Patriots did not have a good week of practice ahead of their loss to the Indianapolis Colts last Saturday night.

“I mean, he spoke the truth,” center David Andrews said Thursday in a video conference. “We didn’t have a great week of practice. That’s just what it was. Our preparation wasn’t where it needs to be at for different reasons, but that was the truth.”

The Patriots’ poor preparation was evident in Indy. The crisp, methodical dominance they showed during the seven-game win streak was gone, devolving into a mess of turnovers, penalties and self-inflicted errors. They fell behind 20-0 — their largest deficit of the season — before rallying late and ultimately losing 27-17.

They’ll need a much more disciplined effort if they hope to win this Sunday’s AFC East rematch with the Buffalo Bills. Safety Adrian Phillips believes they’re off to a positive start.

Phillips on Thursday said he’s seen a higher level of focus in practice this week.

“You never want to lose, and you never want to focus on the lows like that, but everybody’s level of preparation has tuned up a notch,” he said. “There’s another level to it for a few reasons. We’re playing a division rivalry, and this is a huge game, not just because of what’s possibly on the line, but just because it’s the next one. We don’t want to get into a lull where we’re having a two-game, three-game losing streak.

“To kind of get hit in the mouth last week, you’ve got that bitter taste in your mouth, so everybody’s making sure they buckle down now, and they’re making sure their level of preparation is even more.”

The Patriots have every reason to dial in now. Despite the sloppy loss at Lucas Oil Stadium that ended its win streak, New England can clinch a division title and a home playoff game with a win over Buffalo and a Miami Dolphins loss to the New Orleans Saints on Monday night.

Phillips called this opportunity “a complete 180” from last season, when the Patriots had already been eliminated from playoff contention when they hosted Bills at Gillette Stadium in Week 16. Buffalo rolled in that game, winning 38-9 en route to an appearance in the AFC Championship.

“Last year, we were kind of licking our wounds,” Phillips said. “Knowing the season is about to end, you’re not necessarily counting down the days until the season ends, but you know that that time is coming. Now, we know that we’re fighting for something, and we know what could potentially be on the other side of that door. So it’s a big difference between last year and this year. You can see the guys in the locker room. They don’t want to let this potential situation slip.”

They’ll likely see a motivated Bills team out for revenge after the Patriots slugged their way to a 14-10 victory in Orchard Park, N.Y., three weeks ago. A win Sunday would put Buffalo back in the driver’s seat in the AFC East. 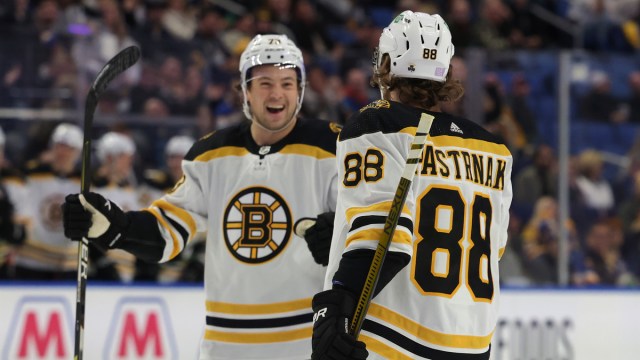 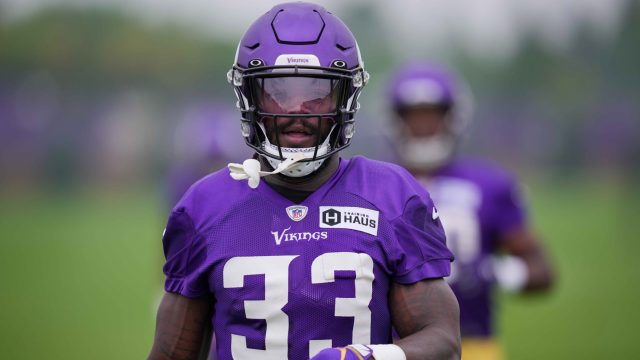