The Red Sox sure are thinking creatively in their quest to bolster their starting rotation, reportedly agreeing to a contract with James Paxton that ultimately could keep the left-handed pitcher in Boston through 2024.

Sportsnet’s Chad Dey was the first to report early Wednesday morning that Paxton was joining the Red Sox, pending a physical. ESPN’s Jeff Passan and The Boston Globe’s Alex Speier since have followed up with additional details regarding the deal, a one-year contract that reportedly includes a two-year club option covering the 2023 and 2024 seasons.

Passan reported early Wednesday, citing sources familiar with the deal, that Paxton will earn $10 million in 2022. Speier then confirmed such, citing a major league source, while adding that Paxton’s contract could reach $35 million total if the two-year option for 2023-24 is exercised.

“In some ways, with the Paxton deal, the Sox are investing $10 million in a pair of lottery tickets — one on the possibility of a healthy Paxton contributing down the stretch in 2022, the other that he will be healthy enough to make two more years of his services at up to $25 million a worthwhile deal,” Speier wrote. “If he does not bounce back, then the Sox would be able to walk away from the deal after next season without tying up future payroll.”

Paxton pitched just 1 1/3 innings for the Seattle Mariners in 2021 before undergoing season-ending Tommy John surgery. He also totaled just 20 1/3 innings in 2020 — his second of two seasons with the New York Yankees — thanks to elbow troubles.

So, there’s obviously some risk involved with signing the 33-year-old southpaw, who might not contribute until midway through 2022. But there’s plenty of upside, too, given Paxton’s track record up until the 2020 campaign. 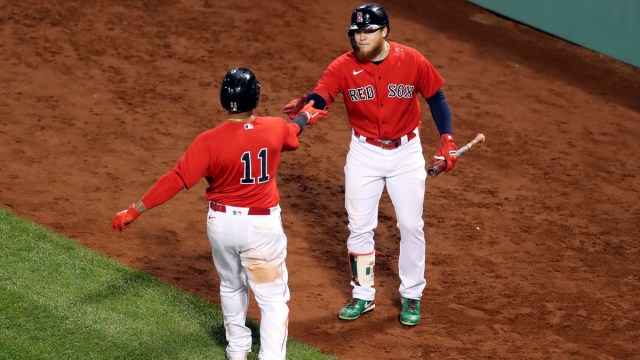