FOXBORO, Mass. — Who leads the New England Patriots in passes defended during their seven-game winning streak? The answer might surprise you.

It isn’t interception maven J.C. Jackson, who’s picked off more balls than any other NFL player over the course of his pro career. It isn’t his running mate, Jalen Mills, who’s proven to be a surprisingly capable Stephon Gilmore replacement. It isn’t any of New England’s three multitalented safeties: Devin McCourty, Kyle Dugger and Adrian Phillips.

In fact, it isn’t a defensive back at all. It’s linebacker Kyle Van Noy, whose knack for invading passing lanes has been a major asset for the NFL’s top-ranked defense.

Since the Patriots’ win streak began in Week 7, Van Noy has disrupted a total of nine passes: five batted down at the line of scrimmage; three breakups in coverage; and one interception, which he returned 35 yards for a touchdown against the Atlanta Falcons.

Only two NFL defenders have registered more passes defended during that eight-week span: cornerbacks Rasul Douglas and A.J. Terrell, who both have 10.

How rare is this type of PBU production from a front-seven player? Very, especially in New England.

Consider this: The last time a Patriots linebacker or D-lineman defended nine or more passes in any full season was 2003, when Tedy Bruschi had 14 and Richard Seymour had 10. The season-long high-water mark from the last decade was seven, shared by Jamie Collins in 2019 and Rob Ninkovich in 2015.

Van Noy’s 10 total passes defended (he also had one back in Week 1) lead all non-DBs. He’s the 12th front-seven defender to reach double digits in that category within the last five seasons. The other 11 all have made at least one Pro Bowl or been voted first- or second-team All-Pro.

“I think that’s sometimes just instinctual,” fellow Patriots linebacker Dont’a Hightower said Tuesday. “I think a lot of it is instinctual. Sometimes you want to try to just put the pieces together. Sometimes it’s just the fundamentals and zones and stuff, but sometimes guys do things like that that you can’t really put a tag on. You can’t just put it on the defense.

“KV’s one of those guys who studies a lot, who picks up different keys on individual things, not necessarily on the scheme, but on certain players. He does a good job of that, and he does a good job of relaying that. Whenever he makes plays like that, he makes them in practice, too. We’re just excited that he’s making those plays on Sunday, too.”

Entering Week 15, Van Noy boasts the highest Pro Football Focus coverage grade (83.9) of any NFL linebacker, allowing 12 catches on 20 targets for 100 yards and one touchdown across 12 appearances. He’s also added four sacks and 16 quarterback pressures, though he’s seeing fewer pass-rushing opportunities than he did in 2019, when he had 60 pressures for New England’s “Boogeyman” defense.

Inside linebackers coach Jerod Mayo, a former Patriots ‘backer himself, believes Van Noy’s success comes from a mix of instincts, film study and having a keen ear for pre-snap communication.

“I would say Kyle’s our Swiss Army knife,” Mayo said Monday. “You never know where he’s going to line up — on the end of the line, off the ball. He’s good in coverage, he can rush the passer, and his awareness, as well — we’ve been fortunate to have some linebackers that have good awareness. And some of those pass breakups come through film study, obviously, but also just hearing what the quarterback is saying. He does a good job of putting those pieces together, knowing what to expect, and his anticipation is very good.”

His contributions might not be as readily apparent as someone like sack master Matthew Judon’s, but Van Noy has played a vital role in the Patriots’ defensive resurgence. New England’s D has not allowed more than 24 points in regulation in any game this season and has held its last five opponents to six, seven, zero, 13 and 10.

“He’s one of these players where it may not always show up on the stat sheet, but he is a very good linebacker however you want to classify him,” Mayo said. “He really doesn’t fit into any bucket. He’s just a guy that can do it all.” 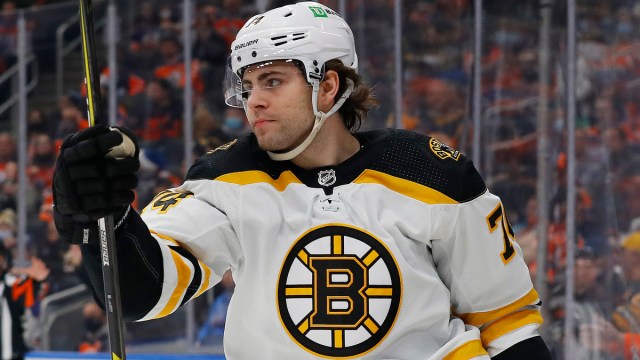 Why Bruins Are Playing Jake DeBrusk In Top Six With Brad Marchand, Craig Smith Out 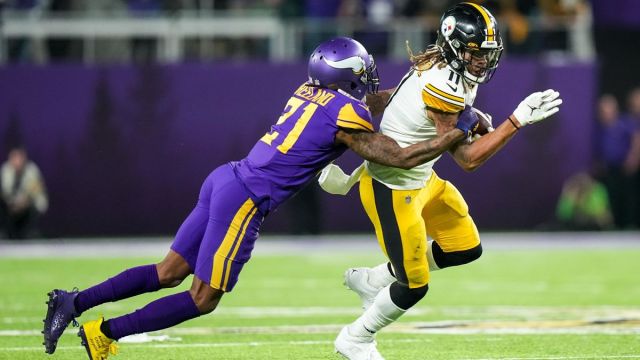