FOXBORO, Mass. — Monday will provide the toughest test yet for Mac Jones and other New England Patriots rookies.

Not only will they have to play against the defending AFC East champions, a team some feel is the class of the AFC. But they also will have to deal with the hostile environment created by Bills Mafia — on a Monday night, no less. In many ways, it’s an earn-your-stripes game for Jones and his fellow Patriots freshmen.

Special teams ace Matthew Slater on Thursday was asked whether he had any advice for Patriots youngsters ahead of their first Bills Mafia encounter.

“It’s gonna be crazy,” Slater said at Gillette Stadium. “That’s a great environment up there. I tip my cap to Bills Mafia. I think they do a great job supporting their team. They make it tough on opponents. I think you just have to stay in the moment up there. There’s gonna be some adversity when you go up there and play a good football team in a hostile environment, and you just have to keep playing — take it play-by-play. And try not to let the game get too big for you.

“So, we’ll see. That’s not just a task for Mac. That’s a task for everyone. So, we’ll do our best to control the controllable and realize what matters most is what happens between the white lines.”

Slater has enjoyed remarkable success against the Bills, as have all long-tenured Patriots players. The 14-year NFL veteran still relishes the opportunity to play in Buffalo.

“I love playing there,” Slater said. “I think that’s what competition’s all about. That’s why you appreciate the fans and their presence in the game. I think Buffalo embodies that as well as anybody in this league.

“We look forward to it. It’s tough, it certainly won’t be easy. But we’re looking forward to the challenge.”

We’re not sure anyone will enjoy being at Highmark Stadium on Monday. The current weather forecast calls for wet conditions with potentially sub-freezing temperatures. 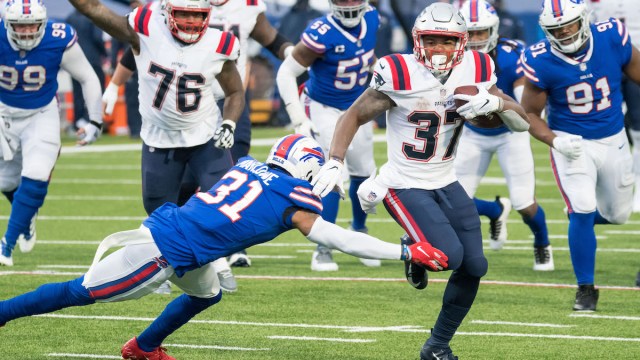 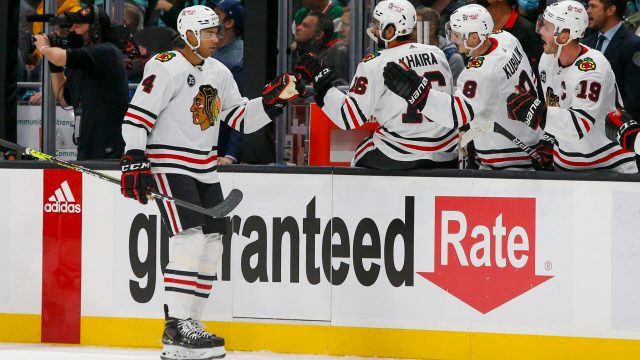