Milan Lucic will be honored for reaching a milestone in front of his former team.

The Flames forward will be recognized for playing in his 1,000th career game when Calgary hosts the Boston Bruins on Saturday night. Lucic reached the feat last season, but because fans weren’t allowed to attend games due to COVID-19, the Flames made sure he would be honored in front his home crowd.

The 33-year-old spent his first eight NHL seasons with the Bruins and amassed 139 goals and 203 assists for 342 points. He also won a Stanley Cup with the Black and Gold in 2011.

After the Flames finished up practice, Lucic was asked about the milestone and being honored in front of the Bruins.

“Any time you play a former team you look forward to it. I’ve got to give a lot of appreciation and thank you to the Flames and the organization for recognizing my 1,000th game played, re-recognizing it tonight, in front of the fans,” he told reporters. “… It’s a special achievement especially when you look at the list and see how many guys achieved it. … To have it here tonight and recognize it against a team that I played over half of my games with will be pretty cool.”

Puck drop from Scotiabank Saddledome is set for 10 p.m. ET with pregame coverage beginning at 9 p.m. on NESN. 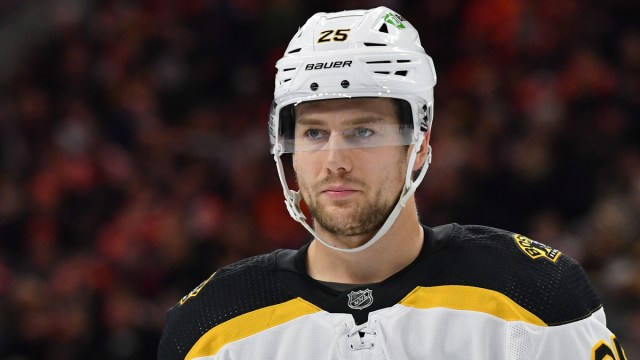 Brandon Carlo ‘Doing Better’ As He Recovers From Lower-Body Injury 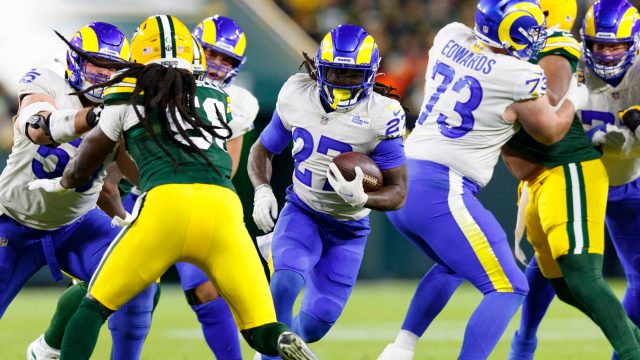 Darrell Henderson won't play for the Rams on Monday