Head coach Bill Belichick said Bledsoe, a 2021 sixth-round draft pick out of Missouri, impressed in practice over the last three weeks, leading to his activation on Tuesday.

“Josh got a late start, obviously, because of the situation he had in the spring,” Belichick told reporters Wednesday at Gillette Stadium. “That was unfortunate, but he got an opportunity to practice the last 2 1/2 weeks, and he did a good job. He showed up out there, and positively, to the point where we thought he might have a chance to contribute this year.”

A wrist injury prevented Bledsoe from participating in training camp or the preseason, and he was placed on the non-football injury list before Week 1. He began practicing on Nov. 23, as did fellow injured draftee Cameron McGrone. McGrone, a fifth-round linebacker who tore his ACL during his final season at Michigan, was not activated at the end of his 21-day return window, officially ending his season.

“For me, it’s been impressive seeing him get on the field and how fast he’s played — executing, understanding techniques,” McCourty said. “That comes from you obviously (being) locked in in meetings, paying attention, going home, rewatching film. It’s hard for any player to not get any reps and go execute, but when you’re a rookie, you have zero basis, zero foundation of reps. I thought Bled has done a great job.”

Though he’s now eligible to suit up for the Patriots, it’s unclear whether Bledsoe will have a gameday role in the coming weeks. McCourty, Kyle Dugger and Adrian Phillips all play starter-level snaps in New England’s defense, and top slot corner Myles Bryant also sees time at safety.

Dugger missed last week’s win over the Buffalo Bills after testing positive for COVID-19, and Phillips left that game with a knee injury, but both seem to be trending toward playing this Saturday night against the Indianapolis Colts.

Another 2021 Patriots draft pick, third-round edge rusher Ronnie Perkins, has been on the 53-man roster all season but has yet to be active for a game. 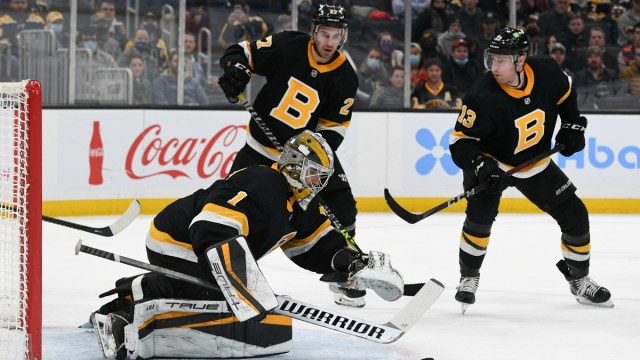 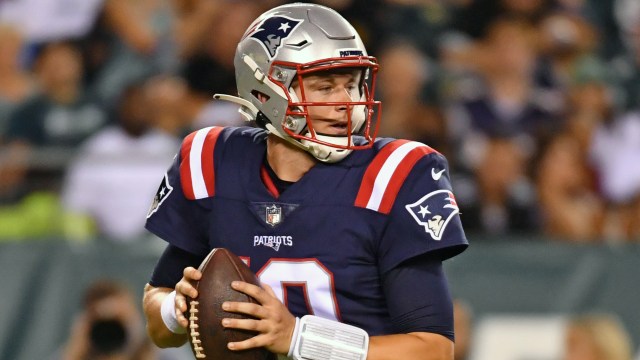