There's Much At Stake For Patriots In Bills Matchup, But It's Not Do-Or-Die Skip to content

Monday night’s game against the Buffalo Bills might be the biggest game for the Patriots in the post-Tom Brady era.

There’s a lot at stake for Bill Belichick’s team, which has won six in a row and currently sits atop the AFC East standings. However, it wouldn’t be the end of the world if New England leaves Highmark Stadium with a loss.

Earning a victory won’t be easy. Rookie quarterback Mac Jones will need to handle the hostile environment created by Bills Mafia, and the Patriots defense — which could be without Kyle Dugger — must slow down Buffalo’s Josh Allen-led offense, which can put up points in a hurry.

Oh, and it might be snowing with temperatures in the mid-20s.

So, let’s break down the AFC East and conference seeding ramifications, as well as what New England could prove Monday night against the Bills.

AFC EAST
This is not a do-or-die game for the Patriots as it pertains to the division standings, though a win certainly would give them some breathing room over the Bills, which still have a game in hand.

According to data-analytics website FiveThirtyEight, a win Monday would boost New England’s chances of winning the AFC East from 45% to 78% with a defeat dropping those odds to 21%. However, the Patriots could make up for it over the next few weeks. (New England is on bye next, will visit the Indianapolis Colts in Week 15 and host the Bills in Week 16.)

Eliminating the slight percentage-point adjustments potentially caused by other matchups around the NFL, the Patriots’ odds of winning the AFC East would stand at 53% if they lose to the Bills on Monday, beat the Colts on Dec. 18 and exact revenge against Buffalo on Dec. 26. A loss to the Colts would drop the number to roughly 17%.

It’s worth noting that New England is not guaranteed to be in first place in the AFC East if it beats Indy and splits with Buffalo. Inner-division record is the second tiebreaker in the hierarchy, behind head-to-head. The Bills currently have a 3-0 divisional record, which is better than the Patriots’ 2-1 record. This is yet another example of how New England’s Week 1 loss to the Miami Dolphins could come back to haunt it.

The Bills visit Tom Brady and the Tampa Bay Buccaneers in Week 14 and host the Carolina Panthers in Week 15. If Buffalo loses either game, and the Patriots win two of their next three, New England will be in first place after Week 16. If the Bills go 3-1 through the Dec. 26 rematch and the Patriots go 2-1, Buffalo will hold the top spot in the division.

AFC seeding
Now this is a big deal.

The 8-4 Patriots currently rank second in the AFC behind the 8-3 Baltimore Ravens, who have a game in hand. When it comes to earning the No. 1 seed and a first-round bye, New England is not in control of its own destiny. So, any loss would hurt at this point.

Currently, the Patriots’ odds of claiming the top seed are 22%, according to FiveThirty Eight. A win Monday would push that number up to 41%, with a loss dropping it to 7%. (Those numbers solely reflect the potential outcomes of Patriots-Bills; other matchups are not considered.)

If New England wants a first-round bye, it probably needs to win four of its five remaining games — at least. And, with the addition of a 17th regular season game, a first-round bye is more valuable than it ever has been.

Big picture
New England’s six-game winning streak carries a few caveats. They ultimately are trumped by the dominant nature of the streak (the Patriots are outscoring their opponents 211-63), but they nevertheless are real.

Plus, we have no idea whether Jones is ready to win this kind of game. The same can be said for all new Patriots — young and old. The defense has played incredibly well, but the Bills present the most-explosive offense New England has faced since Dak Prescott and the Dallas Cowboys racked up 567 yards in Week 6.

Are the Patriots ready to re-establish themselves as the top dogs in the AFC East, a year after the Bills beat them twice? Are the post-Brady Patriots capable of going into Buffalo on a Monday night and silencing Bills Mafia?

Those questions will be answered Monday night. This is the toughest test the 2021 Patriots have faced all season. 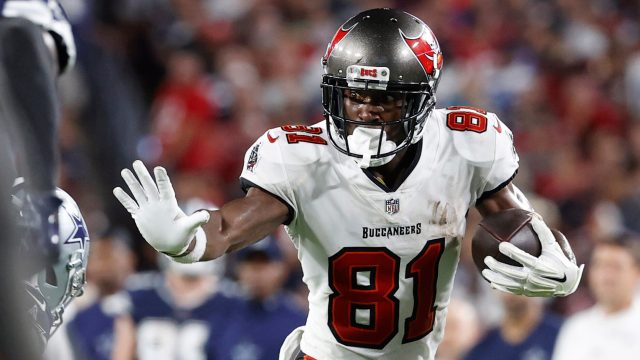 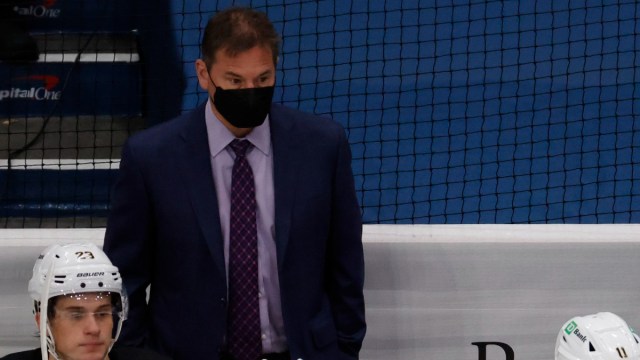