FOXBORO, Mass. — Just like that, the Patriots no longer control their own destiny in the AFC East.

The Buffalo Bills entered Gillette Stadium on Sunday and largely dominated New England, leaving with a 33-21 victory and the top spot in the division. Mac Jones and the Patriots offense frequently struggled against a motivated, physical Bills defense, while Buffalo quarterback Josh Allen carved up New England’s secondary. The Patriots made it a five-point game midway through the fourth quarter, but could not complete the comeback.

Allen completed 30 of 47 passes for 314 yards and three touchdowns while adding 64 yards on the ground. Jones converted on only 14 of 32 pass attempts for 145 yards and zero touchdowns to go along with two interceptions.

STUDS
Damien Harris, RB
Harris was excellent in his return, finishing with 103 yards and three touchdowns on 18 carries. His touchdown in the second quarter was a thing of beauty, as was his 31-yard run on the Patriots’ first drive of the second half. Harris reminded everyone why he’s one of the better young running backs in football

Jakobi Meyers, WR
Meyers only had six receptions for 59 yards but delivered multiple tough catches and was open for more. His fourth-down catch late in the third quarter set up an eventual Patriots touchdown, too. Meyers didn’t do anything spectacular in this game, but he was solid throughout.

Lawrence Guy, DT
We struggled coming up with a third “stud,” but went with Guy, who was the most consistently effective player on New England’s defensive line. Devin Singletary didn’t do much in the running game, and Guy was a big part of that.

DUDS
N’Keal Harry, WR
His drop in the first half speaks for itself. The Patriots would’ve had a big gain, but, instead, Jones threw an interception on the next play. It was a flat-out drop by Harry, who did not make the most of his increased opportunity with Nelson Agholor sidelined.

Myles Bryant, CB
He wasn’t solely responsible for fill-in slot receiver Isaiah McKenzie going off for 11 catches, 125 yards and a touchdown, but he was in coverage on a lot of the plays. Bryant has been excellent since taking over for Jonathan Jones, but this was a rough performance.

Coaching
The Patriots weren’t ready to go at the beginning of the game — plain and simple. That was a shocking development, given what happened in Indianapolis. Also, New England unraveled at the end of the first half after the officials picked up the would-be unnecessary roughness penalty. It was a surprising lack of discipline from the usually air-tight Patriots. Those failures ultimately fall on the coaching staff. 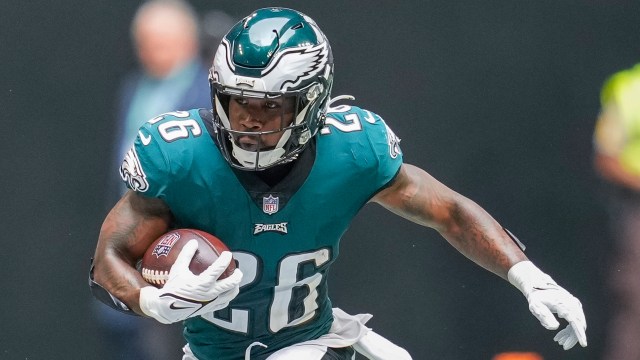 Eagles RB Miles Sanders (Hand) OUT For Remainder Of Game Vs. Giants 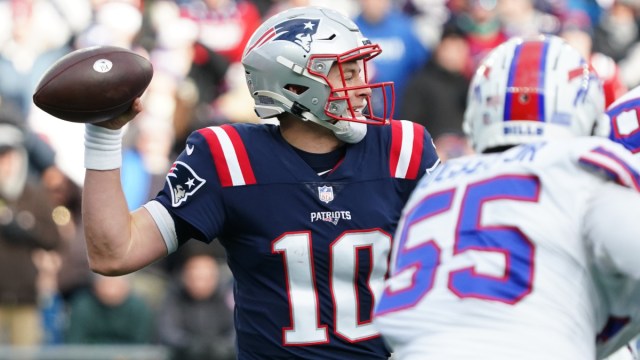