“It really should be his second.”

On Wednesday, Jackson, along with two other Patriots players, earned spots on the initial AFC Pro Bowl roster. It’s a deserved honor for Jackson, who this season has emerged as one of the best cornerbacks in the NFL.

The fourth-year pro is second in the league in interceptions with seven and ranks highly in many other statistical categories: first in passer rating against; third in pass breakups; seventh in forced incompletions. While he might not be quite as good as the truly elite NFL corners, Jackson nevertheless has become a player toward which opposing offenses rarely throw the ball.

Jackson was very good in 2020 and was his usual, effective self early this season. But he’s improved dramatically since the early October trade that sent star cornerback — and close friend — Stephon Gilmore to the Carolina Panthers.

“Him and Steph kind of got, like, the same mentality,” Phillips said Thursday during a video conference. “They don’t want help. They don’t want their guy to catch the ball. They want everybody to know, like, ‘If this dude gets strapped up, it’s because of me.’

“Just seeing his growth even from last year to this year; just how much his knowledge of the game has grown over the offseason. How he’s stepped into that role ever since we pretty much traded Steph, to know that he’s the guy; he has to take on a bigger role. It’s cool to see because you can just see it in his eyes, you can see how in-tune he is with every decision that we’re making out there.”

Phillips added: “And he was like that before, but it’s just at, like, a whole other level now.”

Jackson could not have picked a better time to come into his own. The 26-year-old is set to become an unrestricted free agent this offseason — bad news for the cornerback-needy Patriots. New England could place the franchise tag on Jackson who, according to current projections, would make just over $17 million.

Either way, he’s going to get paid this offseason, and he deserves it. 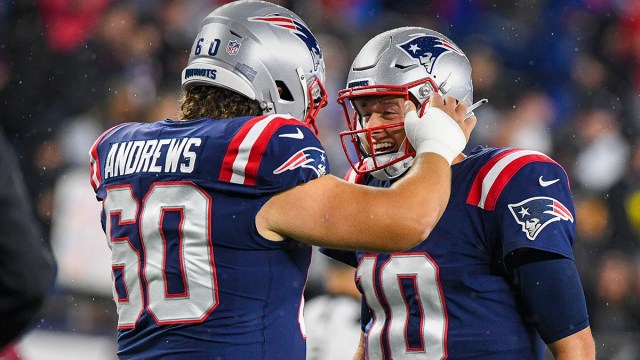 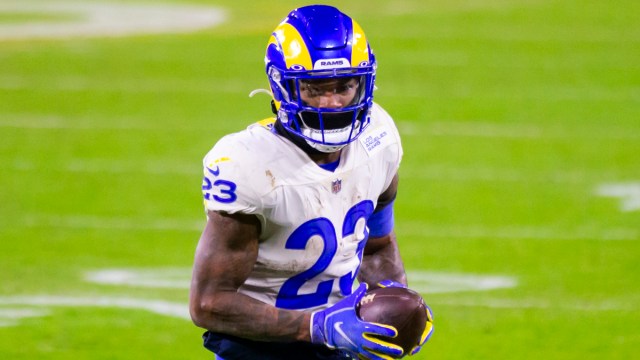