It’s Friday morning. You know what that means. New England Patriots mailbag, coming at you.

Let’s get right to it:

@pmsciortino
What’s the chance they give JC Jackson a contract before the season is done
I’d say pretty slim, if only because Jackson doesn’t have much incentive to sign before he sees what he can get in free agency. He’s been very good this season and incredible over the last month-and-a-half. He’d probably be the No. 1 cornerback on the market this offseason, and high-end players at that position stand to make a lot of money. If Jackson hits free agency, there’s a good chance he’d receive a more lucrative offer than the Patriots would be willing or able to pay. (The MMQB’s Albert Breer reported the sides were nowhere close when they had extension talks before the season.)

For that reason, I think the franchise tag is a realistic possibility here. Tagging the 26-year-old interception artist would be pricey — he’d make roughly $17.3 million in 2022, per OverTheCap’s projection — but it would allow the Patriots to retain a vital piece of their secondary for at least one more season. New England also could tag Jackson and then sign him to a long-term deal at a later date, or tag and then and trade him.

Allowing Jackson to walk would leave the Patriots with just Jalen Mills, Jonathan Jones, Myles Bryant, Joejuan Williams, Justin Bethel and Shaun Wade at cornerback, plus anyone else they draft or pick up in free agency. Of that group, only Mills has proven he can be a starting-caliber outside corner.

For what it’s worth, Jackson, the AFC’s Defensive Player of the Month for November, recently said he “would love to be a New England Patriot for a long time.” He leads the NFL in interceptions since he entered the league in 2018 (24) and ranks second in that category this season (seven).

@patsnation207
Will josh stay with the Patriots or will he go else where? Who would the Patriots look into if josh leaves?
I expect Josh McDaniels to be a much more popular head-coaching candidate this year than he was in the last three hiring cycles. I bet Mac Jones’ success thus far will pique a lot of teams’ interest in his offensive coordinator, especially ones who have a young quarterback or will be looking to draft one next year. Bill Belichick also recently gave McDaniels what amounted to a public letter of recommendation, comparing him to Nick Saban and saying doesn’t have “any weaknesses as a coach.”

Outside of Fears, whose time in New England predates Belichick’s, Caley is the longest-tenured member of that group, having joined the Patriots’ staff in 2015. NFL Media’s Tom Pelissero recently listed Caley as a potential head-coaching hopeful to watch in the future, so perhaps he’d be a candidate to take on more responsibility if McDaniels departs.

Belichick also could look outside the organization for a new offensive play-caller — perhaps someone with prior New England ties like Bill O’Brien — or handle those duties himself.

The Patriots have lost a number of high-profile assistants to outside hires in recent years, and there’s a real possibility they could lose two more in this cycle. Inside linebackers coach Jerod Mayo is widely viewed as a soon-to-be head coach who could garner significant interest in the coming months.

@KP_Booth
Is Matthew Judon already the best free agent signing of BB’s career?
I think it’s a bit too early to make that declaration, but he’s already very, very high on that list.

Guys like Mike Vrabel and Rob Ninkovich have to be near the top, too, but they’re in a bit of a different class since they were no-names before they joined the Patriots. Roman Phifer, Roosevelt Colvin, David Patten and Antowain Smith are up there, as well. But if you look at big-name, Pro Bowl-level players who’ve signed with New England and been successful, it’s really only Rodney Harrison, Darrelle Revis and now Judon.

At the moment, I’d probably keep Harrison atop that list because of his longevity and overall impact, but Judon is off to a phenomenal start. He needs just one more sack to tie the Belichick-era record of 12 1/2 shared by Vrabel and Chandler Jones and could even threaten Andre Tippett’s franchise mark of 18 1/2. The Patriots made a major investment to bring the veteran edge rusher over from Baltimore, and so far, he’s been worth every penny.

@TonyMontannaDMV
What’s the likely hood we move off Harry next season. His production is lackluster but he contributes sometimes in certain plays during the season but as a WR he’s not producing.
I definitely don’t view N’Keal Harry as a lock to make the roster next season. He’s been a useful player since his return from injured reserve, especially as a blocker, but he has just eight catches for 117 yards in eight games this season. There are folks who still believe Harry can flourish as a pass-catcher if given more opportunities, but he’s now 2 1/2 years into his career, and we have yet to see that happen.

The Patriots almost certainly will not pick up Harry’s fifth-year option this offseason, meaning 2022 likely will be the final year of his rookie contract. He’s set to carry a $3.2 million salary cap hit next season, with $2 million in dead money left behind if he’s released. If traded, he’d leave a $1.34 million dead cap charge and create $1.87 million in cap savings, per Spotrac.

@stock_iam
Is Tom Brady retiring after this year? ?and is there a chance that he might return to the Patriots in another role?
Brady hasn’t given any indication that he’s planning to hang ’em up after this season. In fact, he’s spoken in recent months about playing past his long-stated target age of 45. The 44-year-old quarterback still is playing at a high level for Tampa Bay, so I’d expect at least one additional season out of him beyond this one.

As for what he’ll do after, I doubt it’ll be directly football-related. Brady seems to have zero interest in becoming a coach, general manager or team executive, so I can’t see him rejoining the Patriots in any of those roles. Maybe an ownership stake down the line? It also wouldn’t shock me if he signed a one-day contract to retire as a Patriot.

“I don’t know what the future holds,” Brady said after his first game back at Gillette Stadium in October. “Obviously could be an opportunity to come back here. We’ll see. I feel like I’ll always be a part of this community. I’ll be up here quite a bit when it’s all said and done.” 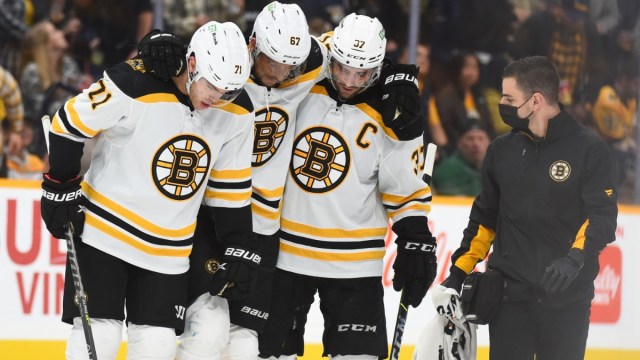 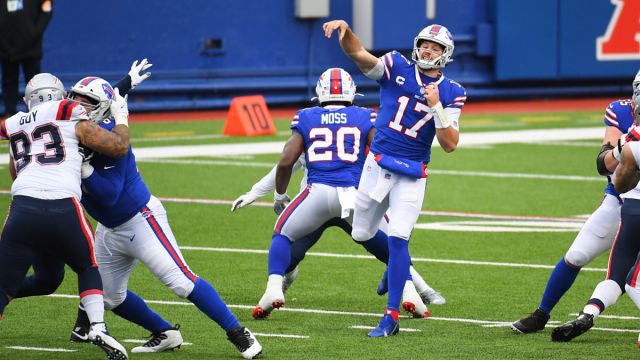