Could another team mine New England’s front office for GM talent this season?

Ziegler was promoted to Caserio’s former role of director of player personnel last offseason. He interviewed for the Denver Broncos’ GM vacancy but later withdrew from consideration to remain with the Patriots, for whom he’s worked since 2013.

Wolf is in his second season as a Patriots front office consultant. The son of former Packers GM Ron Wolf, he spent 14 seasons with Green Bay — rising from pro personnel assistant to director of football operations — then two as the Cleveland Browns’ assistant GM before joining Bill Belichick’s personnel staff in 2020.

Fowler and Graziano also were the latest to list Patriots inside linebackers coach Jerod Mayo as a potential head-coaching candidate. Mayo, who interviewed with the Philadelphia Eagles last season, also appeared on the candidate watch list compiled by NFL Media’s Tom Pelissero. 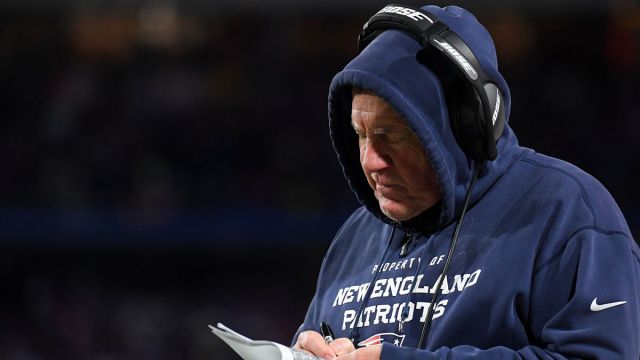 Did Bill Belichick Hint At Gameplan For Patriots-Bills With Mask?