The Boston Bruins walked away from their uber-chaotic week with a 1-1-1 record. Not a bad result given everything going on.

And while the return of Brad Marchand undoubtedly is a positive one, it does warrant asking: Should he go back to his usual spot in the lineup?

That’s not to say he deserves a demotion of some sort. He’s been their best player this season. But consistent scoring from players not on the top line has been difficult to come by, and considering Marchand could play well with just about anyone, it’s worth wondering if he’s better used elsewhere.

Taylor Hall was a good fit with Patrice Bergeron and David Pastrnak over the last three games. Opposing teams having to key in on Pastrnak and Bergeron helped free Hall, and at times over the last week he’s looked better than any other point this season.

Whenever the Bruins have in the past thought about moving a top-line player elsewhere to balance the scoring, it’s been Pastrnak moving down. But perhaps it makes sense to make Marchand the guy to shift.

Erik Haula has been skating as the second-line left winger the last two games, but he’s shown enough pop in his game to warrant centering responsibilities once again, which could put him back on the third line.

If the Bruins want to try a third line they toyed around with early on, they could do DeBrusk-Haula-Foligno. It’s also understandable if the Bruins want to just scratch DeBrusk, who has requested a trade and since played on the fourth line. So far, the Bruins haven’t had the chance to scratch him out of necessity, but the Marchand return allows for that to happen now.

If Blidh is healthy, then he deserves another crack at fourth-line left wing. If DeBrusk is a scratch, then it would depend on what type of look the Bruins desire for the third line. Frederic-Haula-Foligno would be a bruising line, but Haula then might not be the best fit there. Foligno-Haula-Kuhlman would be a great energy unit — and everyone would be playing on their strong side.

Regardless, Foligno and Haula have taken some reps on the second line and looked fine. If they can keep that pace up on a third line, then it gives the Bruins way more depth — especially since Blidh-Tomas Nosek-Curtis Lazar is a group that has fared well this season.

Teams have put a top player on the second line, and the world still turns. Artemi Panarin has slotted in almost exclusively on the second line since signing a massive deal with the New York Rangers. The question should be if moving a player around will help bring the most out of the entire group, and there’s reason to buy the theory that a different spot for Marchand could be beneficial.

There’s time to think about it, as the Bruins don’t play again until beginning their Western Canada trip Wednesday against the Vancouver Canucks. 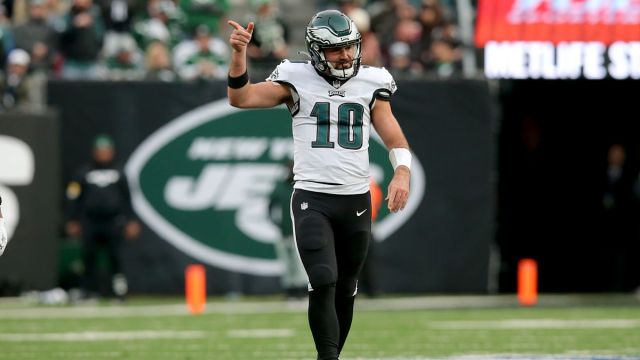 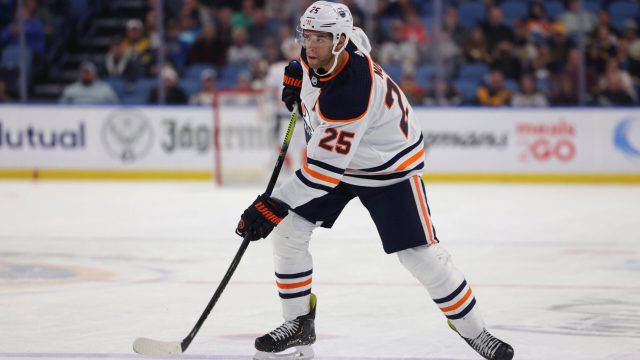