The Patriots hit the road to take on the Buffalo Bills in an AFC East clash for the top spot in the division and the weather certainly had a major impact on New England’s 14-10 win.

Mac Jones and the Patriots attempted just three passes in the win and rushed the ball 46 times for 222 yards in a game plan that likely changed as the forecast worsened. The Patriots even opened the game with 10 straight rushes, which never before had been done under head coach Bill Belichick.

Although the Patriots were able to get the win to secure the top spot in the AFC for the moment, Fox Sports’ Skip Bayless wasn’t impressed with what he saw from Jones and thought a certain former Patriots and current Tampa Bay Buccaneers quarterback would have held his own better.

Tom Brady definitely had his fair share of legendary performances in poor weather, but Monday’s clash with the Bills would’ve been tough for anyone. But the Patriots clearly didn’t even need the passing game as the rushing attack was enough to earn the win.

After a bye week and Week 15 date with the Indianapolis Colts, Jones and the Patriots will have a chance to further cement their position in the AFC East standings when they take on the Bills once again, but this time at Gillette Stadium. 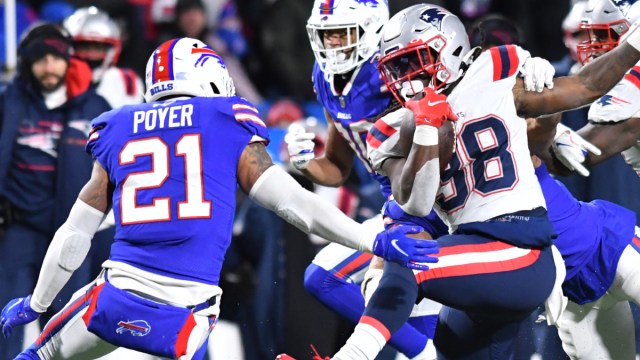 Bills Safeties Have Testy Exchange With Reporter After Loss To Patriots 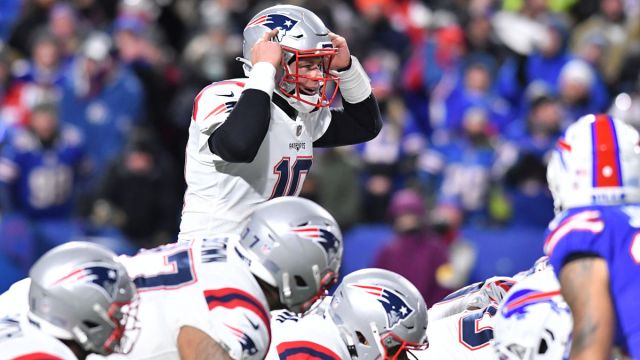