The important thing to know about the NFL’s Coach of the Year Award is that it rarely goes to the league’s best coach. If that was the case, Bill Belichick would have a lot more than three of them in his trophy case.

Instead, the award typically goes to the coach of the most improved team. Think last year’s recipient, Kevin Stefanski, who led the Cleveland Browns back to the playoffs for the first time in nearly two decades. Or 2017 winner Sean McVay, who took over a perennially mediocre Rams team and instantly went 11-5. Or 2018’s Matt Nagy, who brought the Chicago Bears from 5-11 to 12-4 (and now, three years later, is on the verge of being fired).

Of the 21 Coach of the Year honorees since 2000, just five came from teams that reached the playoffs the previous season. Two of those five (2019’s John Harbaugh and Belichick in 2010) had lost in the wild-card round, and another (2015’s Ron Rivera) had gone down in the divisional round after posting a sub.-500 record.

Just two had reached the conference championship or beyond the year prior: Belichick in 2007 (the Patriots went undefeated after losing in the 2006 AFC title game) and Andy Reid in 2002 (Reid won despite bettering the Philadelphia Eagles’ record by just one game).

Since New England played in every AFC Championship Game from 2011 to 2018, then stumbled down the stretch in 2019 before cratering in 2020, voters have been reluctant to give Belichick Coach of the Year consideration. He’s received more than one COY vote just twice since he last won in 2010, finishing second behind Jason Garrett in 2016 (14 votes) and third behind Rivera and Reid in 2013 (seven votes).

That will change this year.

It’s easy to see why. The Patriots’ body of work — 9-4 record, seven-game win streak, first place in the AFC, NFL-leading defense, second-best point differential — is impressive in its own right. But the circumstances of this season separate it from nearly all of their other Belichick-era campaigns.

Belichick has taken a team that went 7-9 and missed the playoffs last season — a team that, by the coach’s own admission, was severely lacking in talent — and turned it into a powerhouse. Less than two years after waving goodbye to Tom Brady, the Patriots already look like real, actual, honest-to-goodness Super Bowl contenders. And they’re doing it all with a rookie quarterback in Mac Jones.

Under Belichick’s direction, New England has assembled the perfect vehicle for Jones, placing him in a run-first offense with a strong offensive line and suitable weapons that are complemented by an elite defense and characteristically steady special teams. The Patriots were expected to be better after overhauling their roster in free agency, but no one — no one — thought they’d be this good, this quickly.

For once, that “most improved” narrative is working in Belichick’s favor. His bold three-pass game plan in Monday’s primetime win over the Buffalo Bills only bolstered his case.

Kingbury deserves consideration, as well, since his Cardinals boast currently the NFL’s best record after going 5-11 and 8-8 in his first two seasons. But Belichick is the overwhelming favorite for a reason. 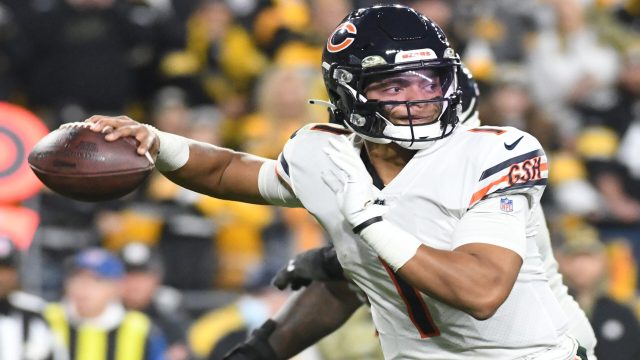