Aaron Rodgers, Packers Have No Reason To Run It Back After Latest Collapse Skip to content

Aaron Rodgers is out of excuses in Green Bay, and as he takes his licks as an internet piñata, his time with the Packers sure feels like it’s over.

Rodgers, who is about to add another hollow MVP award to his trophy case, once again saw his team fall flat in the playoffs as the top-seeded Packers were bounced from the playoffs Saturday night at the hands of the San Francisco 49ers.

And while Rodgers largely has kept himself clean in Green Bay’s most recent playoff pants-poopings, he deserves as much blame as anyone not named Maurice Drayton in the Packers’ loss. In some ways, it would be an appropriate end to Rodgers’ run in Green Bay, a scenario that certainly feels and sounds likely.

Rodgers hijacked the offseason a year ago by kicking the hornet’s nest at 1265 Lombardi Ave. He had the Packers over a barrel, and Green Bay ultimately acquiesced with the hopes of smoothing over the relationship. Rodgers got all he wanted: He was given more input on personnel decisions, and Green Bay even brought back his good friend Randall Cobb (who had target zero times Saturday night, by the way).

Simultaneously, general manager Brian Gutekunst — the reported target of Rodgers’ ire — continued to draft, develop and make shrewd free-agent decisions, while kicking the salary cap can down the road. The result was arguably the NFL’s best roster and the No. 1 seed in the NFC with a clear path through Wisconsin to Super Bowl LVI.

And, for a second straight season, Rodgers couldn’t elevate his game when it mattered most. It’s time to revisit those uncomfortable conversations, and it’s best for everyone involved to go their separate ways.

At this point, what do the Packers have to lose? Other than another early-round playoff game, of course. They did everything they could for the quarterback. They bent over backward to build around him and keep him happy. It appeared to work until Rodgers came up short when the chips wee down. He picked a miserable time for maybe the worst playoff performance of his career.

In 2020, Rodgers adhered to head coach Matt LaFleur’s offensive system, and Green Bay had the NFL’s best offense. This season, Rodgers again played at an MVP level, but it never looked quite the same. Rodgers’ old poor habits — freewheeling, hero ball — crept back into his game and completely took over Saturday night.

A perfect example of that was on one of the most pivotal plays of the game when Rodgers ignored Allen Lazard running free for a sure-thing first down chunk play and instead forced a deep shot, 50/50 ball to Davante Adams in double coverage. The incompletion capped yet another three and out. Green Bay never got the ball back.

Rodgers doesn’t deserve all the blame. Green Bay’s historically bad special teams had itself a historically bad night. But the 49ers scored 13 points and didn’t lead until Robbie Gould’s walk-off field goal. If the MVP can’t score more than 13 points at home, what are you even doing at that point?

In the past, the excuses in Rodgers’ defense were legitimate, especially with a porous defense.

But in a game many expected the 49ers to run all over the Packers, the defense bowed its neck, including a massive fourth-down stop. And consider this: In the Packers’ last two playoff games, they held Jimmy Garoppolo and Tom Brady to a combined passer rating of 68.1. They lost both games — at home.

This time around, the Packers’ offseason dilemma is even grimmer. Rodgers technically is under contract for 2022, but he carries a cap hit exceeding $46 million, giving him some leverage. Green Bay’s salary cap is a complete disaster — with a massive offseason to-do list ahead of the organization.

That financial reckoning is coming one way or another, and Green Bay might as well wear it and pass the torch to Jordan Love while he’s still on his rookie deal. In the process, the Packers can trade Rodgers — Denver feels like an increasingly sensible landing spot — and try to jump-start the rebuild with players and picks. Even pushing 40 and an increasingly underwhelming postseason resume, a two-time reigning MVP should bring back a fine return.

The hope, if you’re the Packers, is the nine months you spent trying to assuage Rodgers’ ego bought you some goodwill. Rodgers even acknowledged the relationships have thawed; is that enough for him to cooperate in the process, one final favor to get the Packers a more favorable return?

It’s just not worth it anymore. It’s not worth the headaches, and it’s not worth the financial ramifications. The Packers could lose in the divisional round with another quarterback. They’ll certainly get worse in the short term, but at this very moment, the NFC North might be the NFL’s worst division.

And, for Rodgers, he ultimately gets what he wants, which is a new start somewhere else and a chance to further chase glory. There’s mounting evidence that’s a chase he can’t win, but the two sides can be just as disappointed without each other as they have been since Rodgers’ lone conquest more than a decade ago. 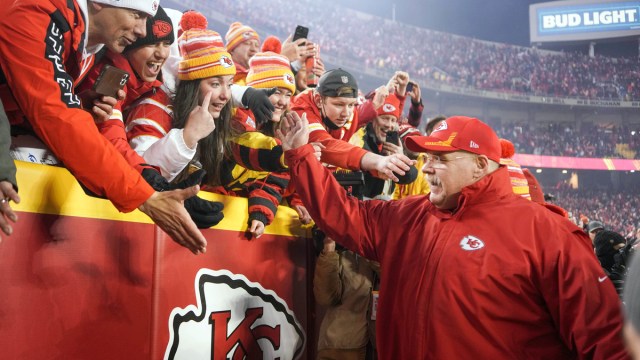 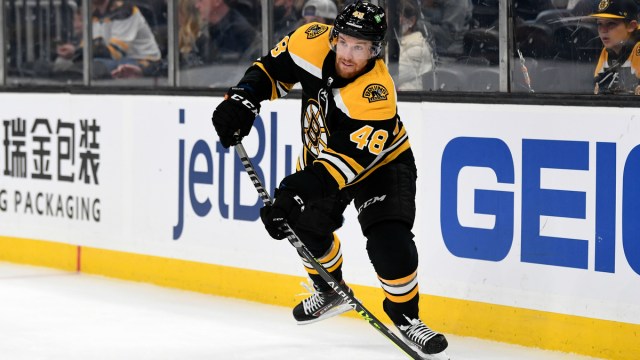