Before Linus Ullmark even played a game for the Bruins, there were questions about what kind of role he’d play for Boston.

The veteran goalie split time with Jeremy Swayman, who had plenty of eyes on him after impressing in a handful of starts in the 2020-21 NHL season. And of course, there always was the impending return of Tuukka Rask hanging above them.

Ullmark said from the get-go he wouldn’t let the outside noise become a distraction, and he’s proved as much this season.

Now with Rask dealing with a lower-body injury, there are even more questions about Ullmark’s job and if his teammate’s ailment will lead to more playing time for the goalie. Through all of it, Bruins head coach Bruce Cassidy knows anything going on off the ice shouldn’t impact how Ullmark does his job.

“Linus’ job, when he’s in there, is to give us the best chance to win as possible. It should not really matter anything else going on around him,” Cassidy told reporters Friday night after the Bruins’ 2-1 win over the Arizona Coyotes. “The biggest thing we always look for with goaltending is timely saves. Try not to let any soft ones in. We’ll play hard in front of you most nights. Try to really limit second chances and make that key first stop. He was able to do that (Friday).

“His game was excellent (Friday), finding pucks, tracking pucks in a lot of traffic, recovering, playing inside the posts. I thought he did a real good job.”

Ullmark made 30 saves in Friday’s win.

Linus Ullmark Leads Bruins With 30 Saves In 2-1 Win Vs. Coyotes 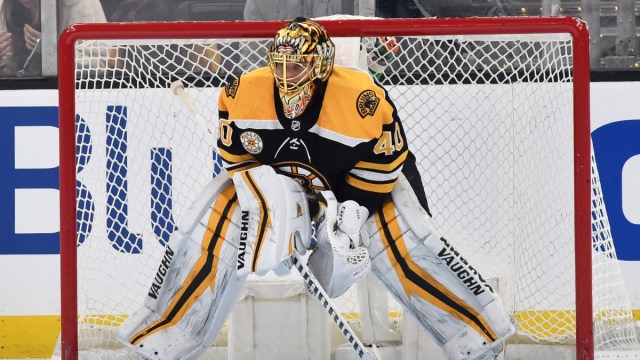 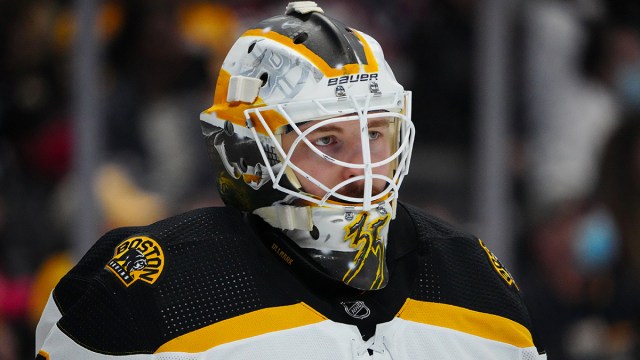