BOSTON — It’s a common refrain in hockey: you need to play a 60-minute game.

Well, the Carolina Hurricanes only needed 20 minutes to solidify a huge victory over the Boston Bruins at TD Garden on Tuesday, using a five-goal first period to take a 7-1 road win.

ONE BIG TAKEAWAY
The Hurricanes got off to quite the start. That could be said after six minutes went by in the game, as Teuvo Teravainen and Jesperi Kotkaniemi scored to give Carolina a healthy lead early. But it also could be said after 20 minutes (which felt like an eternity) as the Bruins entered the first intermission trailing 5-1.

Yeah, the first period wasn’t pretty, to say the least. The Bruins got one back, courtesy of a David Pastrnak shot deflection off the skate of Patrice Bergeron, to make it a 2-1 game, but things deteriorated pretty quickly. Charlie Coyle and Oskar Steen were on the ice for three of those Carolina goals while Boston’s top defensive pairing of Charlie McAvoy and Matt Grzelcyk (who returned Tuesday night from COVID-19 protocols) were out there for two.

Tuukka Rask made seven saves in the period and was pulled in favor of Linus Ullmark entering the second. But at that point, the damage was done.

STARS OF THE GAME
— Jaccob Slavin had two assists to support the Hurricanes’ dominant first period, then tacked on a goal of his own to make it a 6-1 game in the third period.

WAGER WATCH
There were a lot of ways to make money on this one, courtesy of the Canes.

The Hurricanes entered as a +115 underdog (bet $100 to win $115) at DraftKings Sportsbook, and bettors who liked Carolina got off easily.

Those who picked Teravainen to open the scoring were rewarded, as he was +1800 (bet $100 to win $1,800) as the first scorer. They didn’t have to wait long either, as it came less than four minutes into the action. Kotkaniemi kept the Hurricanes’ hot start going with another goal at 6:03, so bettors who took the Over 1.5 goals prop bet for the first 10 minutes of action (+300) also made out.

UP NEXT ON NESN
The Bruins are back in action Thursday, hosting the Washington Capitals at 7 p.m. ET with coverage on ESPN+.

Boston then will host the Winnipeg Jets on Saturday at 3 p.m., and you can find an hour of pregame and postgame coverage in addition to the game itself live on NESN. 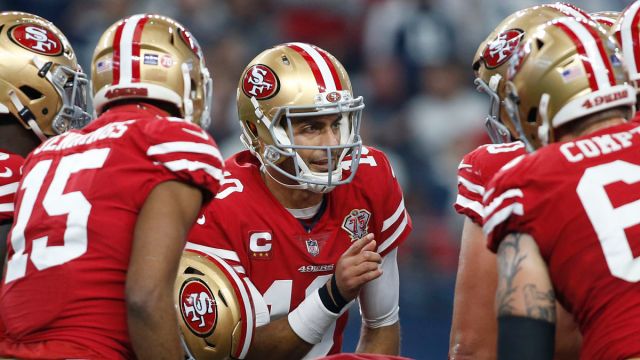 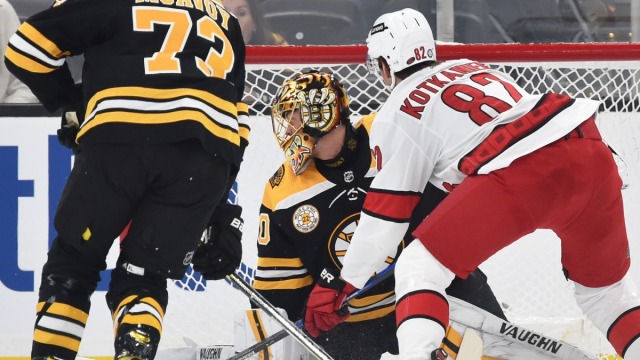