In a vacuum, a 7-1 loss is bad. That’s obvious. But put it in the proper context, and the Bruins come out looking a little better after their drubbing at the hands of the Carolina Hurricanes on Tuesday.

It was just a bad night for the Bruins. They were disconnected, lethargic and made mental mistakes. Tuukka Rask could have been a little better, but the team in front of the netminder put him in an impossible spot.

Patrice Bergeron and Rask were quick to say they’d flush that game. It happens. It was clear Wednesday that the Bruins weren’t going to dwell on it, and they most certainly were not going to make any reactionary decisions in the aftermath. After all, they still have won eight of their last 10 games, and the team coming to town Thursday, the Washington Capitals, got thrashed by Boston a week-and-a-half ago.

So, don’t expect Bruce Cassidy to suddenly overhaul lines or staple young players to the bench.

“I’m not going to put too much judgment on any one player,” Cassidy said Wednesday over Zoom. “We do have to get (Nick Foligno) back up to speed. He’s a bigger body, which we obviously missed in games like last night. …

“Back end, (Tyler) Lewington did a good job for us (against the Flyers). But, again, we had other guys that have been here. We’re trying to get (Urho Vaakanainen) more integrated into the team, I thought he’s earned his spot. If it becomes a trend, yes, we would look to move some pieces around. But most of the time, any player would like the opportunity to say, ‘Hey, it wasn’t my best. Let me get back out there,’ and that’s probably how it will shake out.”

A luxury the Bruins weren’t afforded with wonky scheduling earlier in the season is the opportunity to quickly turn the page. There’s basically no time to dwell on the loss, so the attention is on fixing issues that need fixing, while not hyperfixating on them for days on end.

“There definitely were some structure issues, don’t get me wrong,” Cassidy said. “But I thought the major reason (we lost) was they were just faster, heavier on pucks and more competitive in the scoring areas than us. So, let’s start with that, get back to playing harder and fix things in between games. It’s not like we need a three-day revisit with things. We did that earlier and I thought that worked out well for us.

“As I said, we have to correct some structural things, but let’s get our compete level back up, get back to winning races, winning puck battles.”

“At times you have to flush it out and look at what you can do better. It was the execution and the pace that was missing a lot (against Carolina),” Bergeron said Wednesday. “I think it was one of those nights where nothing was working. We were on a roll and playing some good hockey, and when you start doing that the league takes notice and the teams are ready for you. I think that’s the next step we have to learn.

“You want to build something good and keep getting better and climbing and getting back in the standings. When you do that, teams are waiting for you and you’ve got to be ready to win with your B and sometimes C game. Find ways, and I think that’s the learning curve that can come out of last night.”

The most concerning part of Tuesday’s loss was that it was at the hands of the Hurricanes — a high-end team that also gave Boston trouble earlier in the season. But it’s not like the Bruins’ current stretch of success was just loaded with cupcakes. They had to earn wins over playoff teams like the Tampa Bay Lightning, Nashville Predators and Capitals. One bad one against a good team shouldn’t mire how this recent stretch is viewed.

For now, the loss Tuesday was an aberration. Until it becomes the norm, the Bruins seem intent on sticking with what’s worked. 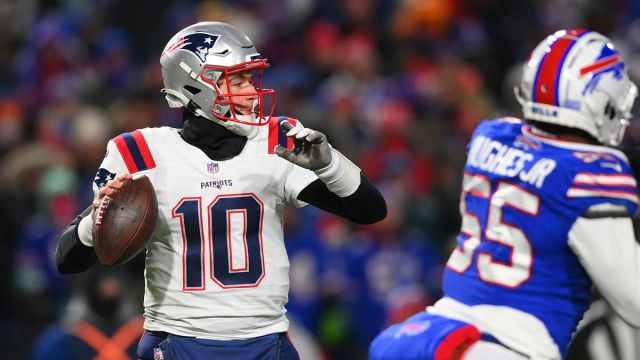 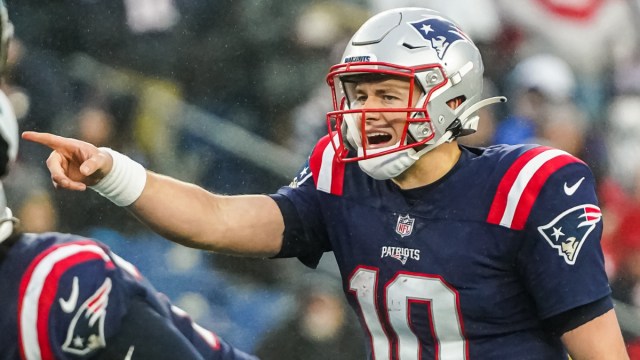