Bruins Notes: 'Nothing Was Working' For Boston In Loss To Hurricanes Skip to content

BOSTON — To Bruce Cassidy, it doesn’t matter that the Bruins had the Carolina Hurricanes, who are one of the top teams in a tight Metropolitan division, on the other side of the ice in a miserable 7-1 blowout loss at TD Garden on Tuesday. Boston’s head coach doesn’t think his team’s performance would have been enough against any other team, either.

“We wouldn’t have been good enough against the worst team in the league tonight,” Cassidy said via Zoom following the loss. “We weren’t competitive and we paid the price.”

Asked again about the root cause behind Boston’s shortcomings, Cassidy didn’t make excuses for his team.

“It has nothing to do with fatigue, anything else,” he said. “We didn’t compete.”

Boston went down early, but a 2-0 — and ever so briefly, a 2-1 — deficit quickly turned into a 5-1 score for the visitors by the first intermission. At that moment, the Bruins made the obvious change and pulled Tuukka Rask in favor of Linus Ullmark, but that didn’t do anything up front.

That certainly wasn’t for a lack of opportunity. The Bruins had five power play opportunities but only came away with the one goal. Carolina converted two of their three power plays en route to the monstrous lead.

Patrice Bergeron, who was credited with the Bruins’ lone goal, acknowledged Boston struggled on Tuesday but he doesn’t believe the game is an indication of the talent level on the Bruins.

“You have to burn the tape on that one. That was not our team. we’ve got to be better. I think the last few weeks we’ve all seen how good we can be, the steps forward that we’ve taken. Obviously learn and rectify the things we need to be better at. But to me it was just flat, no execution. It’s got to be better, for sure.

“But I think it’s one of those that you burn and you try to move on. Nothing was working, you’ve got to be better.”

Here are other notes from Tuesday’s Bruins-Hurricanes game:

— Tuukka Rask was pulled after the first period, having allowed five goals while making seven saves. Cassidy said he did not put the blame for the loss on the recently-returned netminder, noting the Bruins “didn’t do a very good job in front of him,” though Rask — in his second game back since signing with Boston — took some personal responsibility. He said he feels he will get better with more time between the pipes.

“You get more comfortable (with) what’s in front of you,” he said. “You get better reads, your patience gets better. There’s only one way, so hopefully next time I go out there it will be much better.”

— Prior to the game, the Bruins retired the number of Willie O’Ree, who became the NHL’s first Black player upon his debut with Boston in 1958. O’Ree participated in the ceremony virtually from his home in San Diego.

Bergeron shared more about what he felt during the pregame ceremony in speaking to reporters after the game.

“I think we were all trying to enjoy the moment,” Bergeron said. “Honor to be a part of it. We could see the joy and the pride in Willie’s face, and I thought that was pretty special to be a part of that.”

— The Bruins got two players back from COVID-19 protocols, with Matt Grzelcyk and Connor Clifton both back in the lineup. However, it wasn’t exactly an even trade as Mike Reilly entered protocols earlier Tuesday.

— The Bruins next play on Thursday, when they will host the Washington Capitals at 7 p.m. ET. 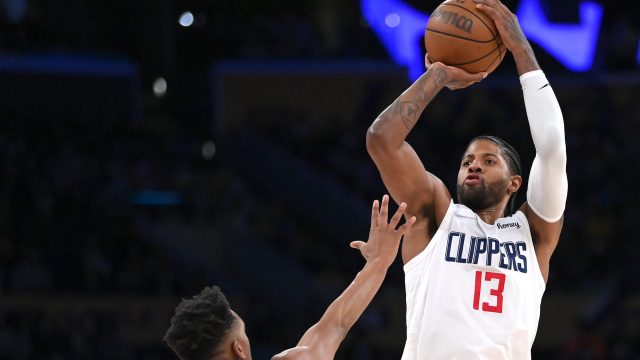 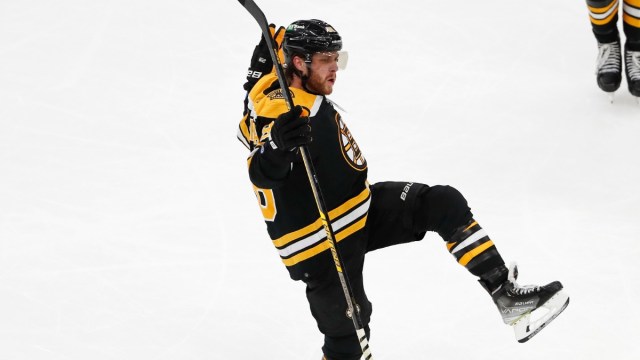