Brad Marchand and the Boston Bruins kept their impressive stretch going Wednesday night at TD Garden with a dominant 5-1 victory over the Montreal Canadiens.

The Bruins, who have six wins (12 points) in seven games since the restart, improved to 20-11-2 on the campaign. The lowly Canadiens fell to 7-23-4 on the season and have lost both road contests against the Bruins this season.

ONE BIG TAKEAWAY
There’s been a lot made about Bruce Cassidy’s recent line changes — and for good reason, it’s been impressive — but that storyline has somewhat overshadowed the stretch that Marchand finds himself in individually. Marchand recorded his fifth career hat trick in the first two periods, scoring two goals within a span of 15 seconds in the first. It earned him nine points on eight goals (!) in his last four games.

Marchand’s first goal came as he finished on the door step following a beautiful pass from Tomas Nosek, his second was a highlight-reel individual effort as he tracked the puck and smacked it out of midair and the hat-trick tally came shorthanded to put the Bruins up 4-0, and extend his franchise-leading total.

STARS OF THE GAME
— Marchand, obviously, served as the first star for Boston. His two goals in a matter of 15 seconds were the fastest two goals scored by a Bruins player since Milan Lucic in 2010, according to NHL Public Relations.

— Curtis Lazar recorded three points on a goal and two assists. He finished with three shots and three hits.

— Patrice Bergeron recorded a pair of assists for the top line with three shots. Bergeron even got in on a scuffle as he didn’t appreciate a second-period hit from Michael Pezzetta on Matt Grzelcyk.

WAGER WATCH
Those who placed a wager on Marchand could have benefitted from a handful of prop bets. Marchand was +750 as the first goal scorer, +105 as an anytime scorer and his Over 1.5 total points would have paid out at +135, according to DraftKings Sportsbook. It will be interesting to see if Marchand remains plus-money Thursday as he’s recorded goals in each of his last four games.

ON DECK AT NESN
The Bruins return to TD Garden on Wednesday for the second night of a back-to-back against the Philadelphia Flyers with puck drop scheduled for 7 p.m. ET. Tuukka Rask is scheduled to get the start for the Bruins. Boston then will host the Nashville Predators on Saturday afternoon with coverage on NESN, including an hour of pregame before 1 p.m. puck drop. 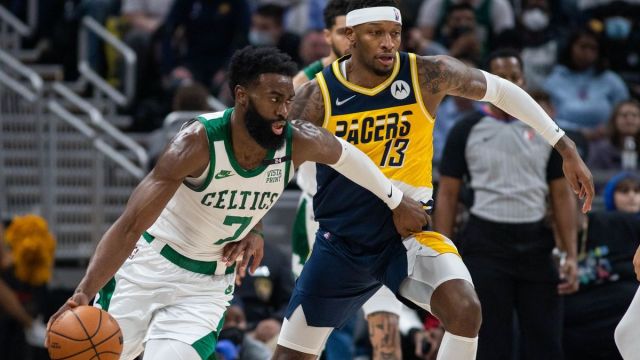 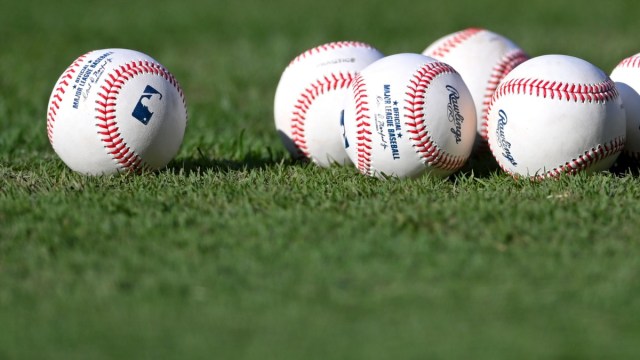