Scoring came from everywhere Tuesday as the Boston Bruins responded to adversity again and again against the New Jersey Devils, pulling out a 5-3 victory.

ONE BIG TAKEAWAY
The Bruins led by one goal on separate occasions, the Devils breathing down their necks the entire game.

Young players stepped up early, but two New Jersey breakaway goals easily could have taken the wind out of Boston — as we’ve seen happen often to the Bruins of 2021-22. But they continued to fight back, score and defend that one goal lead until the final minute.

David Pastrnak found the back of the net for the first time since Nov. 30 to make it 4-3 in the third. You can’t keep a guy like that down too long, and he came up big when it mattered most. An insurance goal from Brandon Carlo took it home, and just like that, Boston has the momentum of a three-game win streak.

STARS OF THE GAME
— Trent Frederic now has two goals in his last two games.

He pretty much used goalie Mackenzie Blackwood as a backboard to score a goal you really have to see to believe. Mid-way through the second period he put Boston up 3-2 after the team had just lost its lead.

— It would be tough to deny Oskar Steen a more regular role in the lineup after the way he’s been playing. The 23-year-old added his first NHL goal to that campaign, putting Boston up 2-1 in the second period.

— Two points for Curtis Lazar, who scored first for Boston and then assisted Trent Frederic on the Bruins’ third goal.

WAGER WATCH
Lazar had +2500 odds to score first entering the game, per DraftKings Sportsbook. A $100 bet on him to open goal scoring saw a dramatic $2,500 payout. He was +500 as an anytime scorer.

Trent Frederic had Boston’s third goal with +500 odds to score. Steen, along the same lines, was +450 to net his first career goal. Hopefully some of his friends and family put some financial faith in him and cashed out.

NEXT UP ON NESN
The Bruins remain in Boston for a game against the Minnesota Wild on Thursday, Jan. 6. Puck drop is at 7 p.m. ET and NESN will have an hour of coverage leading up to the game and proceeding it. 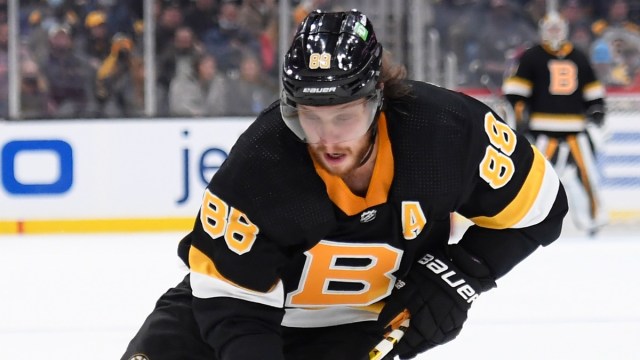