The Bruins put together a burn-the-tape game in Dallas on Sunday night as Boston, despite maintaining a close run in shots on goal, was handed a brutal 6-1 defeat against the Stars.

ONE KEY TAKEAWAY
A well-established trend played a key role again as the Bruins got off to a slow start, allowing two first-period goals on a pair of great opportunities by Dallas. The Bruins, on the score sheet, held the same number of first-period shots as the Stars (10-10), but the hosts finished on better opportunities with Tyler Seguin (6:54) and a breakaway by Alexander Radulov (15:23). It forced the the Bruins to chase from the onset.

Bruce Cassidy and members of the team have addressed their slow starts in the past, but it seems to be something Boston will have to figure out over the NHL All-Star break.

STARS OF THE GAME
— Stars rookie goaltender Jake Oettinger earned his 11th win in 15 starts as he came away with 25 saves on 26 shots against the Bruins.

— Seguin both opened and closed the scoring with two goals (6:54 first period, 18:53 of third period) and another assist for three points on the night.

— Craig Smith scored his first goal in seven games with a third-period tally for the Bruins. Smith’s goal made it 5-1 six minutes into the third period.

WAGER WATCH
Bruins goaltender Linus Ullmark fell well short of his goalie saves prop bet, which was set at over/under 27.5 (-110) at DraftKings Sportbook. Ullmark was pulled after giving up a fourth goal for Jeremy Swayman. Ullmark finished with 13 saves on 17 shots.

ON DECK AT NESN
The Bruins will return to the ice Tuesday as they host the Seattle Kraken on Tuesday with puck drop set for 7 p.m. ET. Pregame coverage begins at 6 p.m. on NESN. 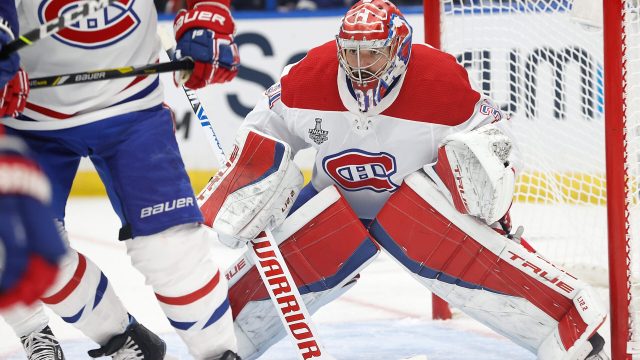 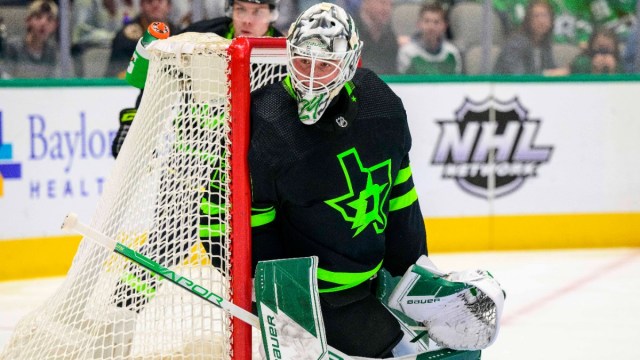 Jake Oettinger Provides Consistency For Stars As They Defeat Bruins