Mac Jones is not Patrick Mahomes. He’s not Josh Allen. Try as he might, the New England Patriots rookie never will be able to replicate the unique dual-threat talents of those two unicorn quarterbacks.

But you know who Jones can become? Joe Burrow, who emerged as one of the NFL’s premier QBs in his second pro season and will square off against Mahomes this Sunday in the AFC Championship Game.

Though Burrow went first overall in the 2020 NFL Draft and Jones was picked 15th a year later, the two entered the league with similar profiles.

Both lacked rocket-powered arms and elite rushing ability but boasted superb accuracy, poise, anticipation, intelligence and intangibles. And both were largely ignored as draft prospects before delivering two of the best college quarterbacking seasons ever to lead their wildly talented SEC squads (LSU for Burrow; Alabama for Jones) to undefeated national championships.

They’re not identical players, and expectations naturally were higher for Burrow, whose NFL.com draft profile listed Hall of Famer Kurt Warner as his player comp. Jones’ was the perennially unimpressive Daniel Jones.

But their rookie seasons were remarkably alike from a statistical perspective, with Jones actually edging out Burrow — who suffered a season-ending ACL tear in November — in nearly every metric, standard and advanced:

The only area in which Burrow had a real advantage — outside of passing yards, which was skewed by his much higher attempt total — was interceptions. Jones threw the ball to the other team twice as frequently — a trend that burned both him and the Patriots during their late-season swoon. That’s something he’ll need to improve in Year 2. Burrow also was more productive as a rusher, though not by a significant margin.

Overall, though, it’s reasonable to say Jones had the more impressive of these two debut campaigns.

It helped, of course, that Jones joined a freshly reloaded powerhouse franchise that wound up winning 10 games and making the playoffs in his first year. Burrow landed with the Cincinnati Bengals — owners of a 2-14 record in 2019, zero playoff victories since 1988 and arguably the NFL’s worst offensive line — and won just two of his 10 starts as a rookie. Supporting cast matters, especially for young quarterbacks.

So, what changed for Burrow? How is he now one win away from the Super Bowl after a sophomore season in which he topped the NFL leaderboard in completion percentage and yards per attempt and ranked second in passer rating (behind Aaron Rodgers) and Pro Football Focus grade (behind Tom Brady)?

Honestly, not a tremendous amount.

The Bengals made some much-needed alterations up front, but their O-line actually did a poorer job of protecting Burrow than it did in 2020, allowing him to be sacked on 8.9% of his dropbacks (up from 7.3%) and an NFL-high 51 times overall. And that doesn’t include the nine (!) sacks he absorbed in last Saturday’s divisional-round win over the Tennessee Titans.

Cincinnati improved its defense, certainly, and that unit has played a key role in its run to the AFC title game, surrendering 19 and 16 points in its first two playoff games. But offensively, Burrow is throwing and handing off to many of the same faces (Tee Higgins, Tyler Boyd, Joe Mixon) that he was a year ago — with one enormous exception.

Teaming Burrow up with wide receiver Ja’Marr Chase — his former LSU teammate and the fifth overall pick in the 2021 draft — had a seemingly transformative effect on the young signal-caller. With a top-tier pass-catcher at his disposal and a year of NFL experience under his belt, Burrow’s production and efficiency spiked, and Chase enjoyed a record-setting rookie season, catching 81 passes for 1,455 yards and 13 touchdowns.

Over Chase’s last four games with Burrow, including playoffs, the Offensive Rookie of the Year shoo-in has 616 receiving yards. Only two Patriots players topped that total all season, with Jakobi Meyers leading the pack with 866. (Higgins, the 33rd overall pick in Burrow’s draft class, has been great, too, topping 1,000 yards this season and catching 77.9% of his targets.)

The Patriots won’t have the luxury of using a top-five pick on a Chase-level wideout, but they can and should make efforts to improve their receiving corps this offseason, whether through free agency, a trade or an early selection in this year’s draft. Adding a true No. 1 to a group that features Meyers, Kendrick Bourne and tight end Hunter Henry would help Jones maximize his potential in Year 2. 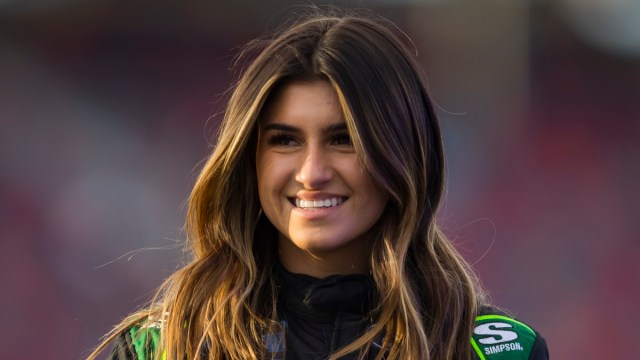 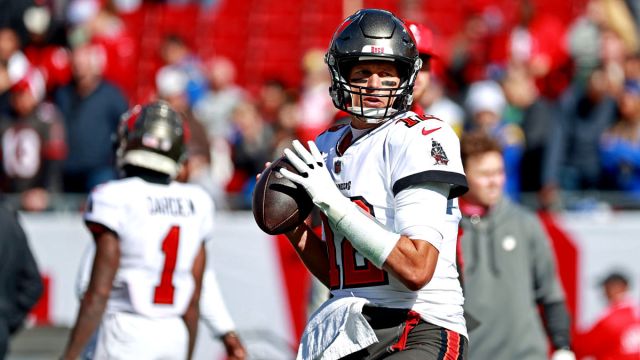